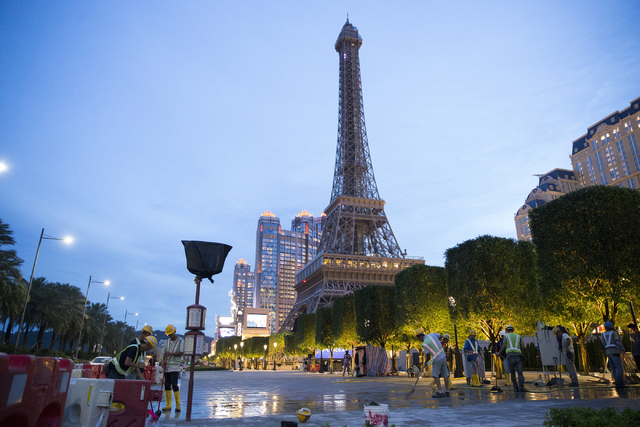 “We (LVS) are pleased to have delivered strong financial results in the quarter, led by consistent growth in the mass and non-gaming segments in Macao,” commented Sheldon Adelson, chairman, and CEO of Las Vegas Sands.

In Macao, adjusted EBITDA reached $858 million, an increase of 9 percent over the prior year, and beating consensus estimates by around 5 percent.

The Parisian Macao also had a record quarter, with adjusted EBITDA of $163 million, up 40.5 percent year-on-year.

“Mass win rates were also towards the higher-end of the range across the board (except at Sands Cotai Central) due to higher revenue contribution from Premium Mass customers.”

Adelson said that construction and development work on the Four Seasons Tower Suites Macao and The Londoner Macao is progressing.

“We believe our market-leading interconnected integrated resort portfolio in Macao, bolstered by our investments in additional luxurious hotel suite offerings, destination retail, MICE capacity, and entertainment attractions, positions us exceedingly well to continue to contribute to Macao’s economic diversification and to deliver growth in the years ahead,” he added.

In its Singapore market, results took a hit due to decreases in rolling chip win percentage and a non-recurring legal settlement.

VIP GGR was down 37 percent year-on-year due to tough comparisons in 18Q1. Mass GGR, however, grew 11 percent, while slots GGR was down 4 percent.

The company is, however, optimistic of the market in the future after reaching an agreement with the Singapore Tourism Board to invest an additional $3.3 billion to expand its Marina Bay Sands resort.