Macau has further tightened its border controls, imposing a ban on entry for citizens of Hong Kong, Taiwan and Mainland China if they have travelled to a foreign country in the past 14 days.

Residents of the three locations are able to enter Macau if they haven’t been overseas, but will need to go into a compulsory 14-day quarantine in a designated hotel. Travellers from Mainland China who haven’t been elsewhere will need to undergo a lengthy medical of about six hours if they come from a region with high incidents of the coronavirus. The measures take effect on March 25.

The clampdown comes as Macau seeks to control cases of Covid-19 being imported from overseas. After an outbreak in early February, the gambling hub took strong action, closing down its schools and entertainment venues and shuttering its casinos for 15 days. Its efforts paid off and it had been clear of new cases for 40 days until last week, when a South Korean national returning from Portugal was discovered to have the virus. The territory now has 25 reported cases.

Speaking at a news conference on Tuesday, Chief Executive Ho Iat Seng warned the six concessionaires that they need to be socially responsible, saying the government was having difficulty in finding enough accommodation for the thousands of people returning to Macau and being put into self-isolation.

“This has to be clear, [social responsibility] is not just advertising,” he said, recalling that “the Government pays for hotels”, a total cost that is still accounted for, but whose “invoice” will be made known at the end epidemic,” he was cited as saying by local media.

Macau’s gross gambling revenue took an almost 90 percent knock in February as the casinos closed down, with visitation to the territory off about 96 percent. Analysts expect a further drop of about 80 percent this month.

Although the casinos are open, without the lifting of travel restrictions on the Mainland, the situation is not expected to improve. 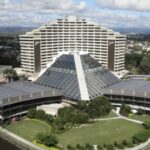 Australia - January 20, 2021
Star Entertainment has given a vote of confidence to the potential of the Gold Coast’s tourism industry, pressing ahead with plans to build a A$400 million “Tower for Tourism” despite the Covid-19 crisis.

Philippines - January 22, 2021
Silver Heritage announced it has reshuffled its board following the completion of a deed of company arrangement. Former CEO Mike Bolsover is no longer a director, while DFNN's Ramon Garcia and Hatch Asia's Kirk Arambulo are among the new members. 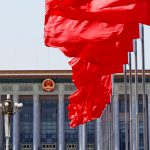 Mainland China - January 26, 2021
China is showing no sign of letting up its campaign against overseas gambling, announcing it’s expanding its blacklist of countries that target Mainland Chinese for gambling purposes.