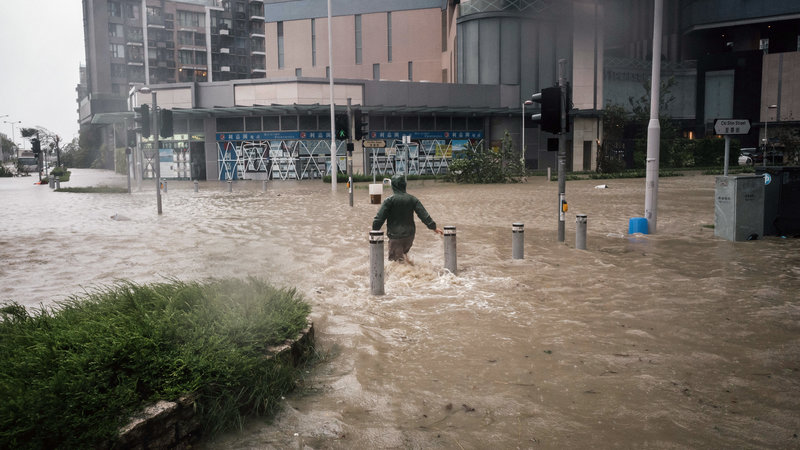 With Typhoon Mangkhut moving away, the Macau government has issued the all-clear to re-open all casinos from 4am Monday, hoisting a No.3 Typhoon signal.

On Saturday night, the government shut down all casinos in the city in order to protect the safety of casino employees, visitors and residents of Macau, it said.

It was the first time casinos had shut down since concessions were granted in 2002.

More than 150 flights travelling to and from Macau were cancelled due to the typhoon.

Over in the Philippines, at least 64 have been reported dead as a result of the Typhoon.

In Hong Kong, the observatory raised the storm signal to T10, the highest level possible.

According to reports from Union Gaming on Sunday night, it does not appear that Macau is facing widespread utility outages as it had last year after Typhoon Hato.

While there is some flooding in the low-lying districts of Macau, Union Gaming said that damage was limited this year compared to Hato.

“There does, of course, appear to be some flooding in the older low-lying districts of Macau… but we believe virtually all flagship gaming properties weathered the storm in significantly better shape than last year.”

Union Gaming said it expects somewhere between MOP1.1 billion and MOP1.5 billion in GGR would be lost as a result of the casino closures.

This will in turn push down September GGR growth from earlier forecasts of 14.7 percent to around 7.7 to 9.3 percent, while 18Q3 growth has been revised down to 12 percent, down from 14 percent.