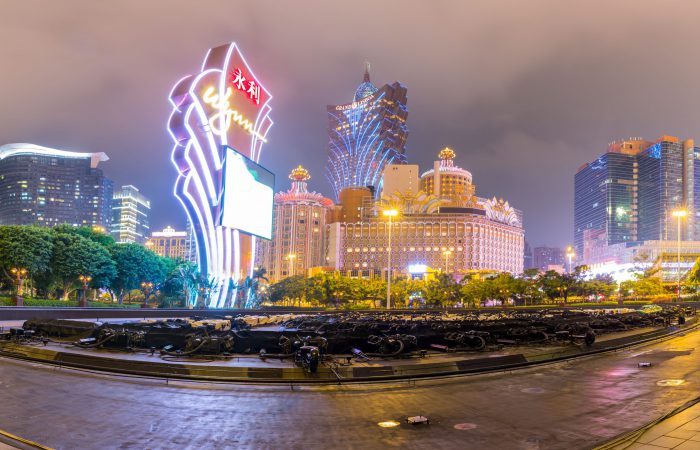 The indicators are lining up and pointing to a positive future for Macau. However, without the improvement of visa processing in China, the recovery is likely to continue at its current steady pace.

It’s far from the v-shaped trajectory many had predicted at the beginning of the crisis. But by the end of this quarter all of the six operators are forecast to be back in the black on an EBITDA level, with many having broken even in October.

Morgan Stanley is the latest major firm to offer its analysis on the medium-term prospects for Macau and says that it remains “bullish.”

The firm explains that luxury consumption in China has been surprisingly strong, showing pent up demand from Chinese consumers. Luxury sales were up 18 percent in October, following on from a 13 percent gain in September.

Travel demand also appears to be intact, with visitation to the popular destination of Hainan island back to pre-crisis levels by September, compared with an 87 percent decline in March.

Morgan Stanley points out that with limited international travel options available, these visitors with money to spend are likely to bode well for Macau. It also notes that China’s ongoing clampdown on online gambling may help, withdrawing gaming openings for potential punters.

China’s economy is expected to be one of the strongest in the world going into next year, with growth forecast at 9 percent and a strengthening of the renminbi will be positive for the premium mass sector.

The firm also strikes a more bullish tone on VIP than some of its peers, which have raised concerns about recovery in the sector.

“For VIP, we see no spike in officials being disciplined and liquidity in the system remains abundant,” it said, adding that operators have also made major efforts to cut operating expenses, suggesting that they will report higher margins in 2021/2022.

However, like its peers, Morgan Stanley also says that the major catalysts for a full recovery will be the reinstatement of China’s self-service kiosks for individual visit scheme visas, together with the opening of the borders with Hong Kong. Widespread availability of a vaccine is of course the other factor in the equation.

October visitation to Macau rose nearly 30 percent from the prior month, but it was still some 82 percent lower than the numbers passing through the prior year. The better news was in the length of stay figures, showing those who had come had stayed longer. The average length of stay of overnight visitors (2.7 days) rose by 0.3 day year-on-year and those visitors tend to spend more.

Overall retail sales in Macau were down 50.7 percent in Q3, but were up 29.4 percent from the prior quarter. The figures indicate that much of the improvement in the quarter went into discretionary items, with watches, clocks and jewelry sales surging by 135 percent, while leather goods were up 65.4 percent. Despite the improvement, few of the retailers surveyed by the government’s Statistics and Census department were particularly bullish about the outlook for the final quarter of the year, with only 2 percent forecasting an increase in sales volume.