Macau authorities have reportedly opened seven cases related to illegal online gambling in the first half of the year, local media reports.

The Judiciary Police Director, Sit Chong Meng, was cited by Macau Business as saying there was no evidence so far that the cases involve local residents, or have website servers hosted in Macau.

Director Sit noted that some criminals may be using the reputation of Macau’s gaming industry to set up websites abroad as scams. Once they are detected the police will tell the network carriers to close the websites, the report said.

About 300 illegal online gaming websites have been shut down since 2016.

China recently vowed to crackdown on illegal cross-border online gambling, warning it will get tough with any operations targeting its citizens.

Suncity CEO Alvin Chau vehemently denied the accusations and pledged that his group would abide by Macau law, where online and proxy betting is illegal, even if it is operating in a jurisdiction where such practices are allowed.

In a press conference, Chau also personally apologised to the government for any inconvenience caused by the press reports.

Gaming regulator, the Gaming Inspection and Coordination Bureau, also recently said it had carried out spot checks at 25 VIP rooms across Macau, hosted in seven casinos, and found no evidence of wrongdoing.

It also confirmed that Chau was not under investigation as a result of the allegations. 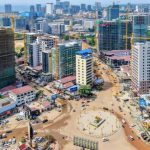 July 12, 2020
In response to inquiries by Asia Gaming Brief, some of the specifics regarding Cambodia’s forthcoming gaming law have been revealed. The draft law was endorsed... 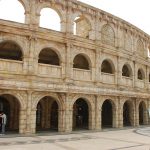 July 20, 2020
Macau Legend Development CEO Melinda Chan says that the gaming company does not expect a surge in tourist numbers as a result of the...

July 23, 2020
PH Resorts Group Holdings says it is pushing to open its Emerald Bay resort in late 2021, with the full first phase offering then to be available by the second quarter of 2022.