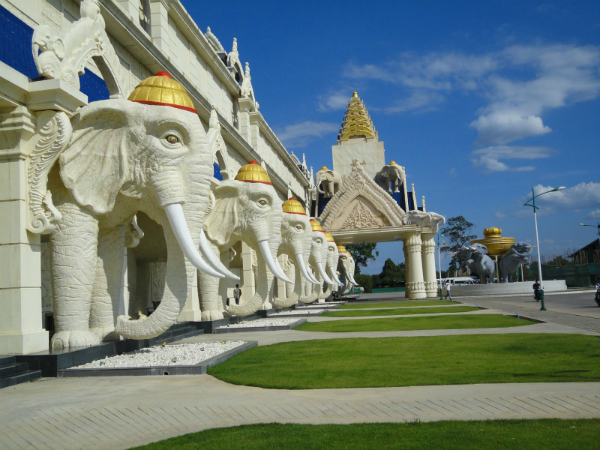 Macau-based casino operator Macau Legend is eyeing further expansion in Laos and is interested in projects in Cambodia and Vietnam as tourism traffic to Southeast Asia grows and transport infrastructure improves.

Speaking on the sidelines of a panel at G2E Asia, Macau Legend Executive Director Sheldon Trainor said the company is currently expanding its current Savan Legend resort in Laos to add facilities, such as a new golf course and more VIP gaming. The operator is also in talks with the government over other potential resort projects in the country, he said.

Macau Legend took over the Laos property, formerly known as Savan Vegas, in 2016 and has renovated the resort to improve services and facilities. Trainor said it’s now “the nicest IR in Southeast Asia” and is seeing higher levels of visitation.

In 2018, the resort contributed HK$231 million in gaming revenue. The prior year, it reported $106.2 million in revenue from mass tables.

The company, which operates the Fisherman’s Wharf casino in Macau, is also buying a plot of land in Siem Reap Cambodia, about 50 km from the Angkor Wat temple complex. However, it’s unclear at present whether the government will allow a resort in the area to include a casino.

“We have a desire to move into Cambodia, but there is Naga and 139 other casinos and that makes us a little nervous about the competition,” Trainor said on the panel discussion. “That said we are still convinced about the opportunities in Cambodian tourism.”

Trainor said at present about half of the six million tourists who visit Cambodia also visit Angkor Wat, with that figure likely to rise, making a strong case for an up-scale resort in the area.

Vietnam is another market Macau Legend would like to tap.

Trainor said any expansion doesn’t necessarily mean development from scratch, but could involve taking over and renovating an existing property, much in the same way it has done with Savan Legend.