The Macau government says it will not soften its policies on the gaming industry following comments from tycoon Steve Wynn criticizing delays in being informed how many gaming tables he will get for a new multi-billion dollar resort.

The government said in a statement that the Secretary for Economy and Finance Leong Vai Tac “expressed regrets over an opinion from a casino operator…relating to the city’s gaming policy,” and that it had “no plan to make any changes lightly.”

Wynn, 73, slammed the government’s limits on gaming tables, saying delays in casinos being informed how many would be allocated were “outrageous and ridiculous”.

The government said it met with representatives from the “relevant gaming operator” on Sunday and said it will work to optimise the regulations for the industry and urged operators to provide additional non-gaming elements in new projects.

Bloomberg reported that Wynn Macau president Gamal Aziz was at the meeting.

Leong went on to say at the meeting that non-resident workers were only to cover any shortfalls in local human resources and that the government has directed gaming operators to provide on-the-job training to local workers.

Wynn Resorts’ 15Q3 earnings missed expectations on a steep drop in revenue from its Macau operations with income from the high-roller segment falling by half.

The operator said net revenues for the quarter were $996.3 million, down from $1.37 billion a year earlier and below forecasts for $1.03 billion. Net revenue in Macau was down 37.9 percent.

Analyst Cameron McKnight said in a note that “Wynn management indicated that it’s ‘not really clear what the environment is going to be like going forward,’ which makes planning and adjusting ‘almost a mystical process’.”

“In particular, lingering uncertainty around table allocations poses a near-term threat to Macau stability, in our view.”

According to Morgan Stanley Research Wynn Palace is on schedule to open on March 25, 2016, with the the casino operator having spent $3.1 billion by the end of 15Q3.

“It could move 2,000 employees from existing casinos, which should help overall costs, but the number depends on table allocation,” MSR said, adding that Wynn lost market share to Galaxy with the opening of Phase 2. 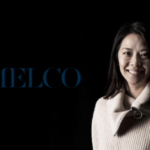 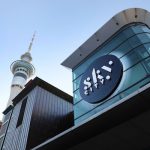 SkyCity out of the junket game

New Zealand - April 13, 2021
New Zealand's SkyCity Entertainment said it will cease all activities with junkets following a strategic review of its business and will instead deal with international customers directly.