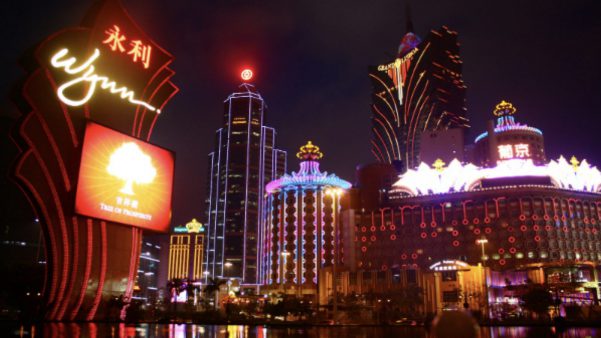 The question of the fast-looming deadline for expiry for Macau’s gaming concessions was given a thorough airing by a panel of experts Thursday night, with the majority coming down in favour of the government deciding to maintain the status quo and number of operators.

The wide-ranging discussion, organised by Macau Business TV and the Rui Cunha Foundation, also addressed whether online gaming would ever be permitted and the recovery of the market post-Covid-19.

David Green, principal of NewPage Consulting and one of the architects of Macau gaming law, argued that the gaming hub already has six of the best global operators and issuing more licenses would just muddy the waters in terms in terms of government expectations.

“Having six licenses confers a degree of limited exclusivity and to expand that would blow out that exclusivity and reduce the incentive for what the current operators may be willing to make in terms of further investment.”

Green said there are questions to be resolved around the structure of the current licensing regime with three concessions and three sub concessions, as well as the number of satellite casinos being operated by other listed companies.

“Deciding what needs to be done about this should not be confused with the concession tender,” he said.

Jorge Costa Oliveira, former commissioner for gaming affairs at the Macau Gaming Commission, agrees that having three concessionaires and three sub concessionaires doesn’t make sense, but apart from that sees no reason to change the business model.

“When you have a team that is playing well, why would you change it?” he said.

So far, the Macau government has been largely silent about how it intends to handle the expiry of the concessions in 2022, with some speculation that it may use the Covid-19 crisis to delay the process. Technically it will not be a renewal, but will be a new tender process.

Ben Lee, managing partner of iGamiX Management and Consulting, points out that on the ground in Macau there has been little chatter about concession renewals.

“We can only come to the conclusion that’s because it will be decided north of us, in Beijing,” he said.

Lee argues that this is the first chance the government will have to shift the balance of ownership of the Macau market, which is currently 50/50 with local and U.S. operators. Given the current political climate, there’s a good chance that might happen, providing opportunities for newcomers to the market.

He also said that this time around, he believes that there will be less wiggle room from the government in terms of objectives, such as diversification of non-gaming facilities.

“Operators will have to specify what non-gaming facilities they plan and they will have to stick with it. There will be no bait and switch.”

On online gaming, the panellists were fairly unanimous in saying it’s unlikely to happen in Macau, even after the ravages wrought by the pandemic. China’s strong opposition to any online operators around the region targeting the Mainland give it very little leeway when it comes to liberalising in Macau. Although, they suggested sports betting might be more possible.

The prospects for market recovery also provided a lively debate. Lee says that the potential for a travel bubble with China, which no other jurisdiction has at present, coupled with economic indicators on the Mainland suggesting pent up demand for travel and a desire for revenge spending bode well for Macau.

Green, however, was not so optimistic, doubting if the market will ever get back to its pre-pandemic levels, given the ongoing outbreaks even in countries that have controlled the virus.