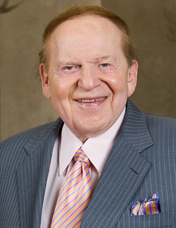 Las Vegas Sands is expected to appear in a Macau court to defend its 2002 decision to drop its joint venture partner Asian American Entertainment Corporation (AAEC) from its Macau gaming concession bid, according to a report from Macau Daily Times.

After a number of applications, appeals and counter-appeals, it has been decided that the proceedings will go ahead in the Court of First Instance – however, the date of the trial has not been set yet.

In the early 2000s, Las Vegas Sands partnered with AAEC to submit a joint bid for a Macau concession. However, during the tender process, LVS abandoned its partner to join up with Galaxy Entertainment Group.

“There is no doubt the agreement was breached; the question is whether it was still in force [at the time that LVS joined with Galaxy],” said a source with knowledge on the matter to Macau Daily Times. This latest decision means “it is now unquestionable that [LVS] will undergo trial,” the source added.

“[LVS] did all they could to avoid a trial, but they lost this battle. Losing the battle does not mean that they are losing the war. Not at all. That has not yet even been discussed. But they have spent millions [of U.S. dollars] to no avail in trying to avoid a trial.”

AAEC head, Marshall Hao, is claiming compensation for the breach of contract, demanding a 70 percent stake in the concessionaire company.

“Asian American had over 70 percent of a joint venture with [LVS], which we invited to bid in Macau. However, [LVS] got a whole gaming sub-concession, while we got nothing,” said Hao to MDT.

The trial is expected to begin in 2019, but it could start as early as next year.