Quental was speaking at an event at the French Chamber of Commerce on Wednesday.

Ms. Quental said the decision to reduce room space with quality was a “lesson learned” at the Parisian, which had to convert its 600 rooms into 300 suites months after opening.

“We learned our lesson and we will make sure The Londoner rooms are spectacular from the get-go […] We drew inspiration from British artisan craftsmanship picking the most famous bespoke tailors on Savile Row and in Mayfair and we will try to make everything unique”, she said.

“Between the second and third quarter [of 2020] you will see a lot of amenities coming online, the restaurants, gaming facilities. The hotel will be fully completed in July and then the retail area will be opened portion by portion”, Ms. Quental added.

According to Quental, the Londoner Macao project is part of Sands China’s plans to target a growing premium mass and family market.

“VIP is exactly where we see the highest demand growth. We’re not so dependent on the VIP segment as other concessionaires, we’re mainly mass but we are really focusing on the premium mass segment. That’s where we’ve seen the largest growth in the last two years and that’s why we believe that there’s enough demand out there to upgrade all our room products, all our service levels to definitely cater to that audience,” she said. 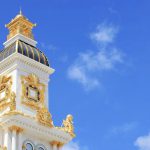 July 15, 2020
Imperial Pacific International’s lawyer has appealed to the US District Court to give the company time to pay what it owes, as it now... 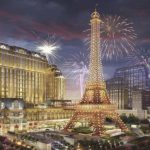 July 23, 2020
Las Vegas Sands reported its financial results for the quarter ending June 30 and, as expected, they were grim, including a net loss of... 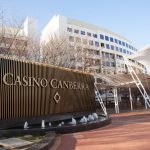