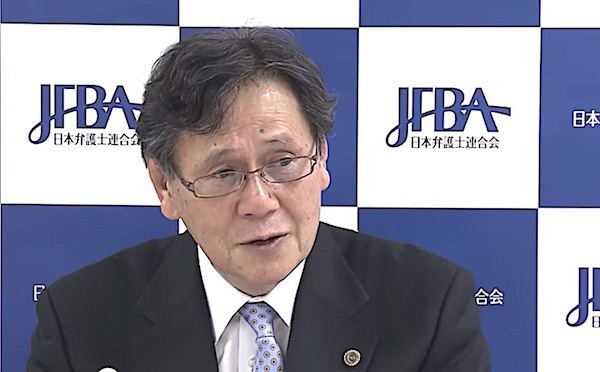 The Japan Federation of Bar Associations has renewed its opposition to lifting the ban on casino gambling, describing the legislation as something that might threaten the underpinnings of the nation’s legal order.

A statement issued by Chairman Yutaro Kikuchi read, in part, “Lifting the ban on casinos loses sight of why gambling is a punishable criminal offense under the law, and it significantly impairs the integrity of the entire legal order.”

The Japan Federation of Bar Associations statement also cited the potential problems of gambling addiction, the involvement of organized crime, money laundering, and the fact that most of the Japanese public opposes the legislation.

While the stance of this group is unlikely to deter the conservative government from passing the IR Implementation Bill into law, it may prove to be significant in later stages of the IR construction projects

Philippines - December 22, 2020
Bloomberry Resorts said its Bloomberry Resorts and Hotels unit signed, with a syndicate of banks, an amendment to the P73.5 billion ($1.5 billion) Omnibus Loan and Security Agreement for an additional facility in the principal amount of P20 billion. The facility was oversubscribed.

Manila to remain under general community quarantine until end January

Philippines - December 30, 2020
The general community quarantine status of Metro Manila will be extended until January 31, President Rodrigo Duterte has announced.

Xerox the latest firm to launch lawsuit against IPI

Pacific Islands - January 4, 2021
Imperial Pacific International is facing yet another lawsuit for its nonpayment of various contractors, workers, and others. This time, Xerox company is suing IPI for about US$183,000 for its failure to pay for services rendered and equipment rented.