Casino operator Las Vegas Sands reported weaker-than-expected results for the fourth quarter of 2018, causing its stock to tumble after hours.

Net revenue in 18Q4 rose 2.5 percent, reaching $3.48 billion, which fell short of wall street estimates, which was expecting revenue of $3.53 billion in the quarter.

The company swung to a net loss of $40 million in the quarter, due mainly to a U.S. tax reform, causing a $727 million non-recurring income tax expense. In 17Q4, LVS reported net income of $1.4 billion.

Mr. Sheldon G. Adelson, chairman, and chief executive officer of Las Vegas Sands said the company has continued to benefit from record mass revenues and continued growth in every market segment in Macao.

Sands China Ltd saw total net revenue increased 9 percent to $2.25 billion in the fourth quarter of 2018, compared to $2.06 billion in the prior year period.

In Singapore, Marina Bay Sands saw growth in its hotel, retail, convention, and mass gaming segments, contributing to $362 million of adjusted property EBITDA for the quarter.

“We also continued to invest in growth initiatives in each of our markets. We remain confident in the future opportunity in Macao and are progressing with our investments in the Four Seasons Tower Suites Macao, St. Regis Tower Suites Macao and The Londoner Macao. We believe our market-leading interconnected Integrated Resort portfolio in Macao, including the additional destination retail, luxurious hotel suite offerings and world-class entertainment attractions created by these investments, will provide an ideal platform for growth in Macao in the years ahead,” said Adelson. 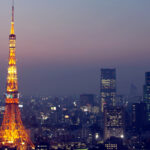 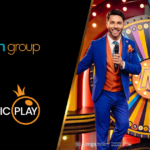