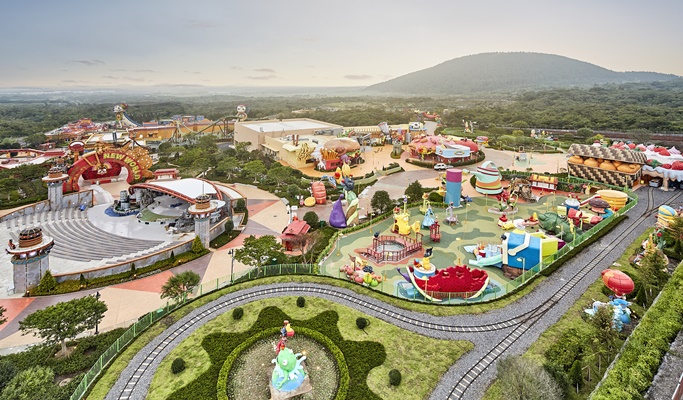 Landing International Development reported a widened loss of HK$701.5 million (US$89.4 million) in 2018, mainly attributable to discontinued operations, increased expenses and depreciation charges at Jeju Shinhwa World, and the absence of a reversal of impairment of trade and other receivables which were seen in 2017.

Last year, Landing International completed the disposal of the entire equity interests in Ace Winner Holdings, which was engaged in the operations of the lighting business in relation to the design, manufacturing, and sales of light-emitting diodes (LED) and semiconductor lighting related products and Jolly Champion Holding Limited which was engaged in the gaming business in the UK in May and October 2017 respectively.

The discontinued operations left a gap in revenue in the year.

That being said, revenues from its South Korea IR, Jeju Shinhwa World grew in 2018, with segmental revenue reaching approximately HK$271 million. This was mainly generated from its hotels, MICE events, food and beverage services, attraction theme parks and merchandise sales as well as leases of retail spaces in the resort.

The company’s Landing casino, which had relocated from the Hyatt Regency Jeju Hotel to Jeju Shinhwa World in early 2018, saw its net revenue reach approximately HK$1.5 billion, compared to around HK$179.8 million in the prior year.

Segment profit from the Gaming Business was approximately HK$83 million, up from a loss of  HK$117 million in 2017.

The company also owns the resort condominiums and villas of Jeju Shinhwa World – in 2018, revenue from sales of residential properties amounted to approximately HK$341.4 million, while profit reached HK$160.5 million, down from the previous year.

Looking ahead, Landing said it will continue to ramp up its businesses and operations. It will continue to actively introduce more exciting activities and events at Jeju Shinhwa World to attract more customers and strengthen its market presence.

In its gaming business, Landing said it will look to regularly organize regional and global poker and baccarat gaming tournaments as part of its ongoing efforts to promote and position Jeju Shinhwa World as a desirable destination resort.

September 14, 2020
Genting Malaysia is injecting US$150 million in cash into its loss-making US unit Empire Resorts, its gaming facilities temporarily closed in March as a...