Landing International said that the company, named HK Shenhua World Blockchain Tech Development Limited, which is offering what it calls a Shinwa Token and Wallet, has uploaded and included in its website with the domain name https://shinhwa.hk along with certain photos and documents of the Group as well as a number of false allegations and references that appear to show Landing’s support of its cryptocurrency or digital token.

However, in a clarification announcement, Landing said it has only entered into two non-binding MOU’s with the entity to begin negotiations about possible collaboration or property development, and that it has no business or relationship of any kind with the group, its cryptocurrency issuance business, and platform.

Landing also said it does not recognize, accept nor endorse any cryptocurrency or digital token issued or to be issued by HK Shenhua.

Landing said it will take all possible actions, including but not limited to legal action and reporting the matter to the relevant authorities, as may be necessary to protect and maintain the group’s name and reputation. 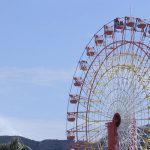 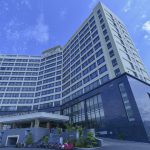