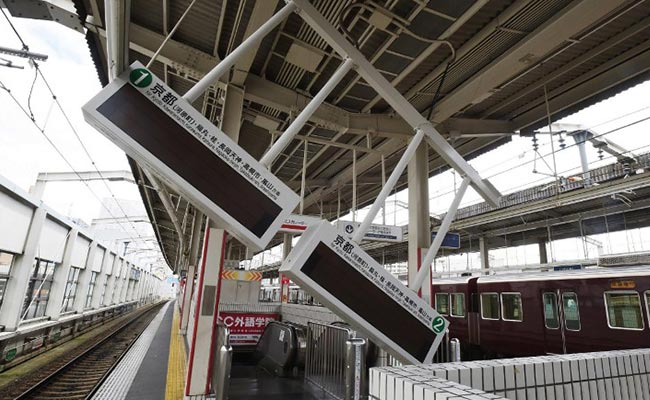 This week’s 6.1 magnitude earthquake in Osaka is a timely reminder that IRs in Japan, more than in most other jurisdictions, need to be designed with issues of natural disaster-preparedness high on the agenda, including defenses against earthquakes, tsunamis, and even volcanoes.

There are several dimensions that immediately suggest themselves.

First of all, IR designs intended to be a feast for the eyes will also need to be sufficiently sturdy and resilient to meet Japanese building codes and to weather very powerful earthquakes and tsunamis.

Both major urban areas of Japan—the Kanto and the Kansai—are prone to large-scale earthquakes, and the Tokyo region, in fact, is already overdue for its next earthquake disaster, with the last one having occurred in 1923.

There is even the possibility that the iconic Mt. Fuji could erupt and pour volcanic ash over the Kanto plain.

During this week’s Osaka earthquake, train services and highways were knocked out of service, stranding hundreds of thousands of commuters and foreign tourists. IRs in Japan need to be ready to function as emergency evacuation centers at a moment’s notice.

Another factor witnessed this week in Osaka was that travelers cancelled their hotel reservations in droves once the transportation networks were knocked out, and also due to their fears of major aftershocks.

The bottom line is that international IR operators would be well advised to start thinking now about how to build deep resiliency into their business and construction plans, bearing in mind Japan’s unusual degree of vulnerability to the whims of nature.