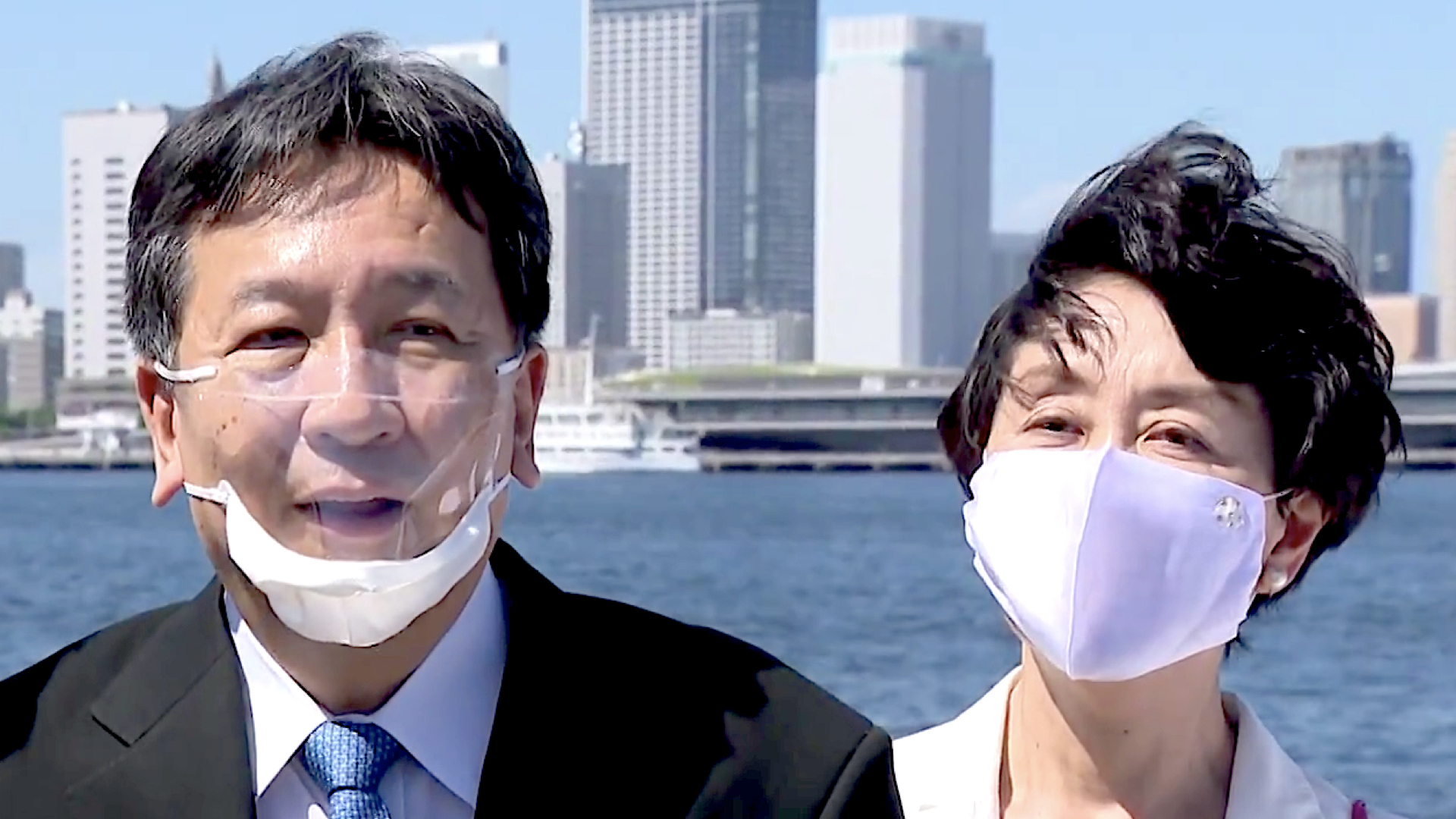 “I confirmed the state of the surrounding environment and its distance to neighboring facilities,” Edano told reporters, “There is no reason to bring a casino here and to destroy these beautiful views.”

In an apparent reference to recent comments by Chief Cabinet Secretary Yoshihide Suga, Edano declared, “The casino issue is symbolic of the clear confrontational axis between top-down politics and grassroots politics… We cannot let matters continue as they have under the Abe administration.”

From mid-month, Edano is expected to become head of a much larger merged opposition party with almost 150 lawmakers.