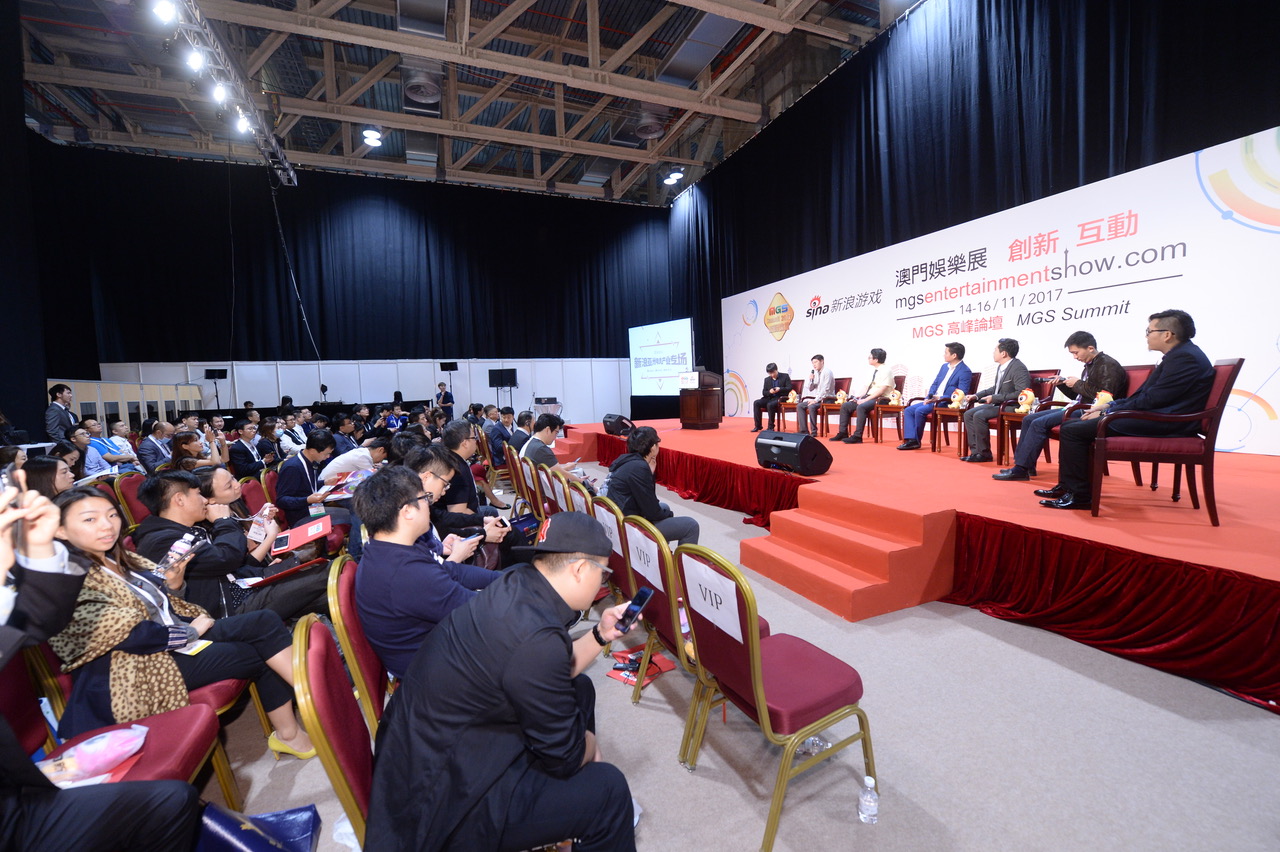 The 2017 MGS Entertainment Show and Summit got off to a strong start yesterday, with industry professionals visiting the exhibition at The Venetian Macao.

The theme of this year’s event is Smart City, Smart Economy, highlighting the technological innovations that are transforming the ways we interact with our cities and with our entertainment.

Originally focused on the gaming industry, the Macau Gaming Equipment Manufacturers Association (MGEMA) has expanded the scope of its main annual event to encompass the broad-based entertainment industry. Nowhere is this widened purview more evident than in the lineup for the summit talks and roundtable discussions. With speakers from a variety of backgrounds, including government regulators, industry consultancies, information technology giants, game developers, advertising agencies, universities, VIP junkets and integrated resorts, the summit’s aim is to bring together the perspectives decision makers need in order to understand the fast-changing entertainment industry.

The first day of the summit was devoted to China’s Belt and Road Initiative, as well as the ways “smart” technologies are reshaping cities. A prestigious panel discussed possible paths of economic development for Macau, and surveillance and computer industry representatives explained the new technologies that are improving security and disrupting industries.

Continuing on this theme, Wednesday’s lineup was focused on mobile video games and the esports phenomenon.

Sponsored by the Mobile Game Entrepreneur Alliance and Sina Games, speakers explored the challenges and opportunities presented by mobile games, as well as the prospects for developing the esports industry in Macau. E-sports – with trained professional teams, multimillion-dollar prizes, stadiums filled to the brink, and hundreds of millions of players worldwide—is the brightest new star on the sports scene. In 2022, e-sports will be a medal event in the Asian Games in Hangzhou.

Near the end of the second day of the summit, there was a signing ceremony between Sina Games and the Macau E-sports Association. The two organizations are teaming up to bring more e-sports tournaments to Macau, marking the beginning of this strategic partnership to utilize Macau’s extensive convention space and tourism infrastructure to increase the city’s participation in the new sport.