Police continue to announce busts related to illegal casinos in major cities across the country, with two fresh cases in Nagoya and the Ikebukuro district of Tokyo coming just this week, netting a total of four arrests.

On Tuesday evening in Nagoya, police busted an illegal slot casino called “Gotham,” arresting two workers and a patron. Police said this shop offered so-called “dark slots” since last December where patrons could bet large amounts of money. A total of 34 slot machines were seized from the premises.

Just hours later on Wednesday morning, police arrested a 39-year-old yakuza on suspicion of playing the role of enforcer for an illegal casino in the Ikebukuro district of Tokyo, for which he was allegedly paid JPY10 million (about $94,000).

There was an additional case last week in the Ueno district of Tokyo in which seven men were arrested on charges of extortion aimed at those who had lost money at illegal casinos. 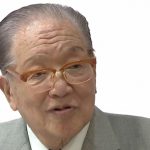 The partial retirement of the “Don of Yokohama”

June 19, 2020
The “Don of Yokohama” has made a big move, but it may take some weeks or months to determine exactly what it signifies. 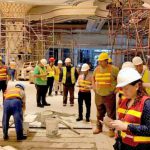 June 23, 2020
Hundreds of Imperial Pacific International workers stopped work and engaged in protests on the streets of Saipan, decrying the non-payment of their wages and... 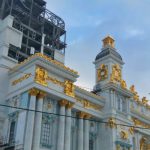 June 26, 2020
The Commonwealth Casino Commission has adopted an order requiring Imperial Pacific to maintain enough working capital to pay three months of wages in a bank either in the Commonwealth of Northern Mariana Islands or U.S. bank, local media reports.