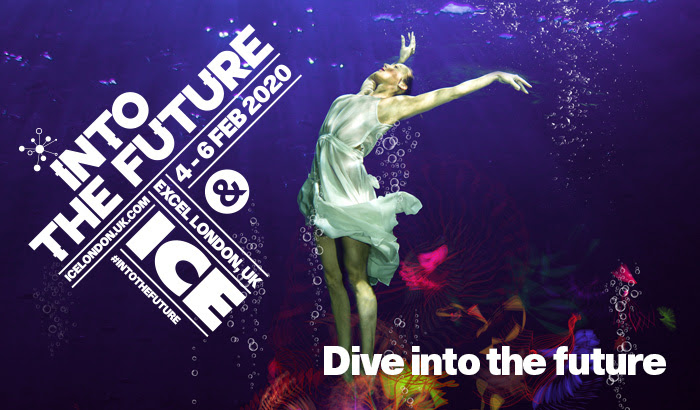 ICE London is preparing to take eSports to the next level with a brand new, state-of-the-art Esports Arena combining live tournaments, demonstrations, workshops, and world-class eSports players, the event organizer’s Head of eSports, William Harding, reflects on why the ICE brand is primed to deliver the third age for the increasingly popular betting sector.

From his early days playing Warcraft 3, and his role in embedding Twitch.tv within Europe, Harding is well versed in the international arena and explores his passion for players, the need for industry-wide eSports education and where the sector is headed next…

When ICE London launched its industry Esports Arena, you called it a “first for not just ICE London, but industry events worldwide”, why is ICE London the right place, right time for this innovation?

The gaming and eSports collision started to gain traction in 2014 and became really prevalent in 2015.  The viewership has really bought the industry in line with its popularity.  Because of the amount of eSports viewers, and their enthusiasm and their desire to watch the game so what’s natural is people are wagering on the outcomes on who will win and lose but also so many different and distinct variables within each different game.  The Esports wagering industry in 2015 was close to $5.6bn and this year it’s set to be $13bn, and that’s only registered wagering revenue so it’s just the tip of the iceberg. Revenue estimates from ESIC and gaming operators suggest the unregulated eSport betting market could be 12 times higher than the regulated market.  It just goes to show that when different geographical markets open up (regulate), like North America, Brazil (likely to be the next big one) and particularly out in East Asia, the iceberg is going to finally come into full view.  At ICE London 2020 we will be unveiling the first ever Esports Arena at the show and one of my core goals is to ensure there’s a consistent focus on education to get across to companies who are either new to the sector or driving its future forward.  It’s Clarion’s mandate to educate the entire industry as fully as possible and I want to embrace this to ensure attendees are connecting to eSports in the right way in order to be mutually beneficial to the eSport sector and the global gaming industry as a whole.

You’ve joined Clarion Gaming as Head of eSports, is ICE London a sign of things to come in terms of the sector?

ICE London will be the arena’s hard debut and we then hope to roll it out to other events.  Esports is global so although there may be certain games which are more prevalent in certain markets, it’s an international audience and the main eSports hotspots tie in with our upcoming international events.  ICE North America is going into its second year and the US audience are big gamblers who tend to spend nearly twice as much as traditional gamblers especially on eSports and sports betting.  In addition, Brazil is a key area so we are looking at a Latin America launch and other regions in the coming years too.  The infrastructure is there to embed eSports initiatives in these markets and we have the knowledge and the desire to launch it through the ICE brand, but we want to ensure it’s done in the correct way.

Where do you see the opportunities for eSports at this stage?

Esports is still very much in its infancy and it’s all driven by how many people are playing games and more importantly, how many people are watching professionals playing in tournaments.  The more and more this happens, the more natural conversion will take place of young fans into wagering.  In terms of where things will likely grow in coming years, I split into two columns, online eSports wagering and land-based eSports tournaments.  You have a lot of casinos, particularly in Vegas, who are looking to bring in computer gamers to gamble physically on their premises.  For example, HyperX arena at LUXOR has its custom-built eSports arena which hosts tournaments most days of the week and that’s great.  I believe the land-based side of eSports gambling is a harder route to map, it’s a hard task to get computer gamers out of their houses and into the current non-gamer casino environment we have now.  Partnering and working directly with eSport companies and professionals is going to be key to this success.

Where land-based can grow is in the Integrated Resorts offering, which is the natural next step in terms of continued growth for the sector as the average demographic is keen to consume entertainment in new and different ways.  It’s not enough to just put on tournaments, casinos need to branch out and work with a whole different spectrum of people to try and help to embed eSports within its process from the grass roots up.

What is your link with eSports in terms of work and in daily life?

Not so much as I like.  I watch Warcraft 3 most days, and I used to play it back in the day, I still follow the pro scene and enjoy it in the same way someone can enjoy keeping up with football leagues.  Now I focus on games that have a strong wagering and Esports crossover (CS:GO, Dota 2, LoL etc). With so many games to play there are only a hand full which are currently driving the eSport gambling sector.  This will of course change, when wagering becomes important to different titles I will switch my game play to keep up to date.

So you still watch a game which was first released in 2002, why do you think certain games become popular with the eSports community?

Well 2002’s Warcraft 3 is quite a niche eSport game in 2019 but if you look at Counter Strike, that’s been out for 19 years but it is still one of the most popular eSport titles in the world.  The thing with video games is they constantly evolve, the pro-gamers play them and find new ways of putting in strategy which in turn prods the developer to rebalance the game.  Also, developers want to add in as much new content as possible and they can, Counter Strike has been out for a long time but if you look at its first iterations and what it is now, you probably wouldn’t think it’s the same game!

Esports is still seen as a relatively new phenomenon to mainstream audiences, how do you go about interacting with current fans whilst targeting new customers to the sector?

It’s a huge market which is changing very quickly but it’s important to distinguish between a computer game and an eSports game.  There are tens of thousands of computer games on mobile, consoles, PC, VR, etc. whereas eSports games are the top echelon of online games.  Aside from eSports games having a pro scene behind them, funding, prize money, established viewership, teams, and excellent gameplay there’s another distinction in that eSports need to have their API accessed, accurate odds need to be worked out and all the parameters decided upon and some games are more problematic than others.  For example with battle arenas. 100 players within a game. Adjusting real time match variables to supply accurate betting odds for the customer in this situation is a near impossible task.

What are your hopes and aspirations for ICE London and what eSports can bring to the gambling/entertainment mix?

ICE London has a phenomenal reputation and is at the forefront of innovation not just across gaming but in the entire events industry and this new feature will truly allow visitors to ‘Dive into the Future’ with eSports.  More than anything we want to give an authentic eSports experience in ways which have never been seen before.  At ICE London the eSports sector has had representation on the showfloor, but since the sector’s staggering growth in recent years, the opportunities just keep on growing and we want to provide the platform to truly showcase all of them.  ICE will position itself as an authentic eSport supporter by partnering with GG.BET to ensure eSport credibility and longevity into the market.  We will have eight top CS:GO teams in the world , playing real time games which will be streamed to real fans around the world, all of which will be live on the ICE London showfloor. This is going to be a true first for the industry.