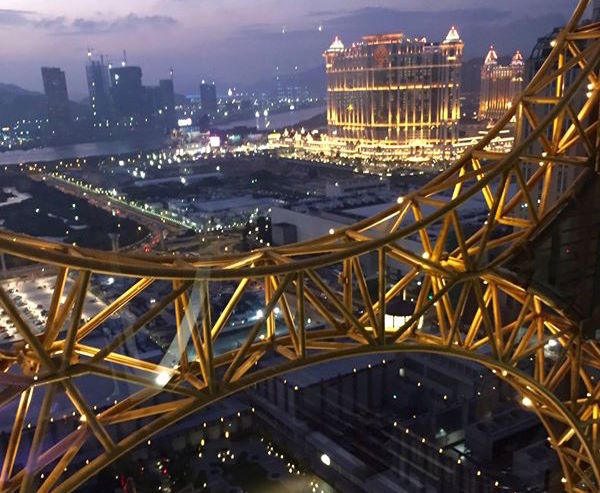 Melco Resorts & Entertainment CEO Lawrence Ho says its Hollywood-themed Studio City resort will be ramping up its entertainment offerings in an “insane” way as part of the group’s determination to be at the cutting edge and stand out from other IRs.

In a speech opening the G2E Asia conference in Macau, Ho outlined his passion for new technology and his drive to provide Asia’s premium mass customer with a totally new experience.

Melco, which owns City of Dreams Macau and Manila and is developing a resort in Cyprus has its sights firmly set on a license in Japan.

He said Studio City will be partnering with entertainment architects Stufish on a new show to be opened in December. The company has been responsible for productions from top stars such as Lady Gaga and Queen through to the events such as the Olympics.

“They have taken a whole new approach and they will be doing that for us with a new-style show,” he said.

Studio City will also be opening a new virtual reality zone, “an adventure land in technology,” as well a range of new food and beverage options.

Over at City of Dreams, the company is planning a new pop-up retail concept. “For the first time ever we will be creating our own shopping environment that we will be running ourselves as a pop up, inviting the coolest brands in the world into a 1,500 sqm space, a wholly different concept.”

Ho said retail malls were beginning to feel the same the world over and as a result Melco was prepared to take the risk to “push differentiation.”

He also hinted at another new hotel brand to be launched to be known as Libertine, which he said would be “super funky and sexy.” Melco on Tuesday unveiled its new Morpheus hotel to media, which will differentiate by being ultra-modern and at the forefront of technology, while last year it unveiled its Nuwa brand, an ultra-luxury Chinese offering. The Countdown, which was formerly the Hard Rock Hotel, has been waiting for a new brand identity.

Ho said Melco was the first to identify an emerging class of tourist from China who were no longer content with replicas of western models. The premium mass wants a forward looking, luxury Asian experience, he told the conference.