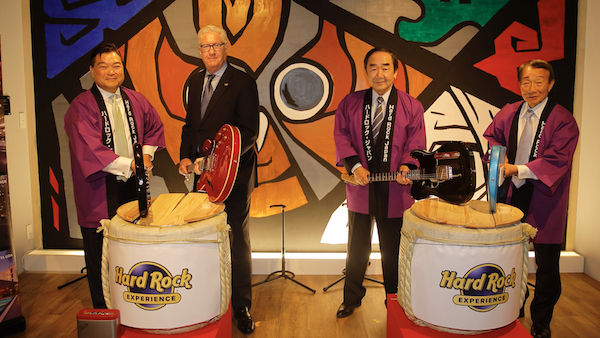 Hard Rock Japan’s Tomakomai office has now opened—shortly after the election of Governor Naomichi Suzuki and a conservative prefectural assembly has kept the city’s IR hopes very much alive.

Hard Rock Japan President Ado Machida explained, “With the opening of the Tomakomai branch, we are heading toward the realization of an enjoyable, world-class resort for generations of Japanese people. We believe this base will allow us even greater opportunity to disseminate information and exchange opinions with the people of Tomakomai. This includes not only about Hard Rock, but also regional communication about IRs more generally.”

Hard Rock first announced its intention to open a Tomakomai office last June, but the project was delayed for many months. No doubt one reason for the delay related to the lack of clarity in the local political situation until this month’s elections.

While several other international IR operators have opened offices in Tomakomai, the Hard Rock office is the first one equipped with a full-scale showroom.

Overseen by a single staff member at present, the office includes a miniature model of the company’s IR proposal, clothes and musical instruments from international stars such as Lady Gaga, as well as Ainu artwork.