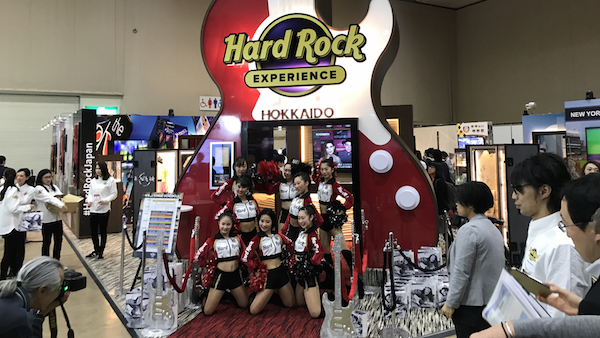 Hard Rock International presented its master plan for Hokkaido at the Hokkaido IR Showcase on Wednesday, including mention of NEC for their facial recognition technology and luxury hospitality brand Four Seasons for their high-end hotels.

Chairman Jim Allen presented a building model of the proposed resort, which would offer over 1500 rooms and 200,000 square feet of retail, a cultural exhibit for the Ainu people, a Broadway Show experience hall, a Hard Rock Live concert arena seating 10,000, a music Hall of Fame honoring international and Japanese artists, a Yankees Baseball area, cherry-blossom parks, winter wonderland entertainment areas, an international wellness center, and a direct train route to the resort.

The Seminole-owned resort, casino and restaurant operator has been aggressive in its pursuit of an IR license in Hokkaido. Last November, they became a top partner of the J1 Football League team Hokkaido Consadole Sapporo. This was soon followed by an official sponsorship for an ice sculpture exhibit at the popular Sapporo Snow Festival slated for early February.

While it seems the Hokkaido IR license race is in full swing, a heavy cloud hangs over proceedings in the form of the gubernatorial elections this April. Current governor Harumi Takahashi’s successor will hold the key as to whether or not the northernmost prefecture of Japan will in fact be one of the first IR license locations.