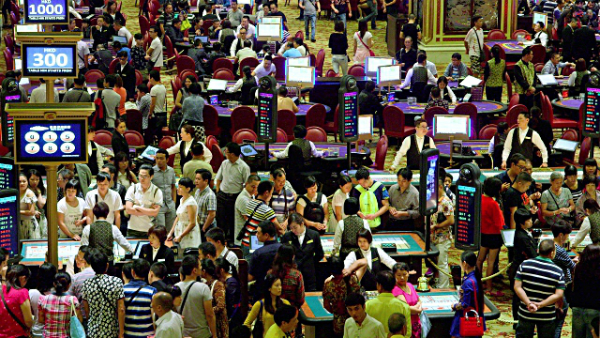 “Grind” and “base” mass customers continue to be the strongest segments in the market, said Union Gaming in a note on Tuesday commenting on recent 16Q3 data released by DICJ.

On the other hand, Baccarat accounted only for 87 percent of total GGR. “…suggesting that the non-baccarat games favored by lower tiers of mass are gaining traction,” said the analysts.

Total baccarat GGR (VIP and mass) was up 0.7 percent while non-baccarat grew 4.1 percent in the quarter.

“Our long-term Macau thesis is predicated on our view that the lower tiers of mass represent the bulk of the future profit growth story in Macau and the best place to be is therefore the west side of Cotai rather than on Millionaire’s Row that forms much of the east side of Cotai,” said the brokerage.

“Company EBITDA could grow to US$1.57 billion (+5% YoY, +7% QoQ) due to cost cutting, seasonality and higher rental income partially offset by increased operating expenses from the opening of the Parisian and Wynn Palace,” said the brokerage.

December 17, 2020
Cyprus Casinos, the subsidiary of Melco Resorts & Entertainment, has announced that it will “temporarily suspend their operations according to the government directive” without providing further information.