According to the brokerage, last week’s gross gaming revenue (May 15-21) was higher than previously anticipated, reaching MOP4.85 billion (US$604.8 million), with an ADR of MOP 692 million. Bernstein noted that revenue had increased post Zhang’s visit.

As a result, Bernstein has raised its month’s forecast for May, which is now estimated to be in the range of MOP 21 billion to MOP 21.4 billion, representing a year-on-year increase of 14 to 16 percent. 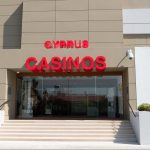