Genting Singapore stocks are expected to outperform due to a stabilizing Singapore gaming market, strong cash flow generation and a resumption of sizable share buy back, says a report from Bernstein.

We forecast only 30% of its gross revenues will come VIP, while 27% of net revenues are derived from non-gaming,” Bernstein adds. The company is also making progress on their A/R issues and is focusing on developing the mass business further.

Although VIP business remains weak, mass continues to be stable over the last three quarters, and thus a slow recovery is in store for both mass and VIP in 2016.

Bernstein analysts say the stock is below its intrinsic value, and thus providers a buying opportunity.

Bernstein has updating their estimates for Y15Q4 to account for the latest market developments such as Marina Bay Sands results, and their current view of the Singapore market. They forecast adjusted EBITDA to S$208 million on revenue of S$633 million. 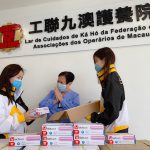 May 8, 2020
As the Covid-19 crisis descended upon, first, China, then the world, the six Macau operators have not been idle in their CSR efforts, in spite of the mandated casino closures and reopenings under difficult economic conditions.

May 13, 2020
Galaxy Entertainment released its 20Q1 financial statement on Wednesday revealing the anticipated economic impact of Covid-19, including a 93 percent year-on-year fall in EBITDA. Adjusted...

May 20, 2020
Walter Power has resigned his position as a non-executive director of South Shore Holdings in order to take up a new post as CEO...