Genting Singapore is expected to post a loss for this year as the recovery is taking longer than expected, according to analysts at Maybank Kim Eng.

The firm now sees the operator reporting a loss of SG214.6 million compared with its earlier forecasts for a profit of $49.4 million. Maybank has also cut its profit forecast for next year by 43 percent, though has raised its 2022 estimate upwards by 2 percent.

The firm downgraded its rating on the company’s stock to “hold” saying it believes the shares may have peaked for now.

Resorts World Sentosa reopened on July 1st, but with borders closed, the property is relying on local visitors and expat residents.

Maybank said the resort’s Indonesian visitors are unlikely to return any time soon as the pandemic is worsening there, but says there is a chance that Malaysians will return in the near future in large numbers as the situation is under control there.

At present, the firm estimates that VIP volumes at RWS are running at one eighth of their pre-pandemic level and mass market at a quarter. 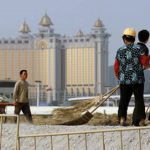 July 15, 2020
Galaxy Entertainment has issued a statement denying allegations that it favored non-local construction workers as it transferred them from the Phase 3 site to... 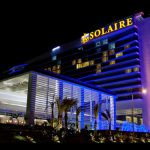 July 22, 2020
Junket promoter Rich Goldman said the Covid-19 pandemic has delayed the closure of a joint venture agreement that would allow it to provide VIP customers to Bloomberry Resorts’ Solaire Resort & Casino in Manila. 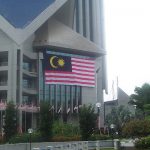 July 28, 2020
Malaysia has opened its doors to online gaming companies and is offering generous incentives to firms that relocate, according to Philippine market regulator, the...