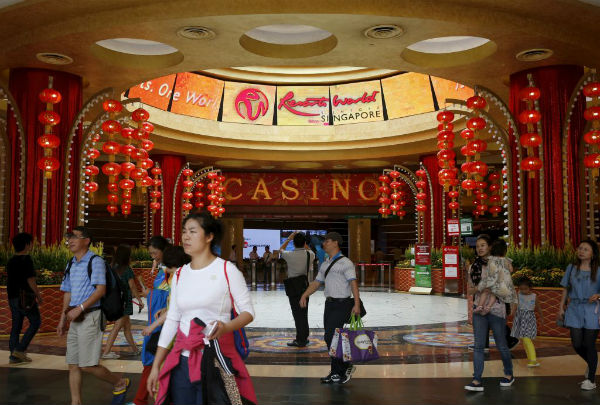 Genting Singapore’s S$4.5 billion plan to expand its non-gaming attractions will only have a modest impact on its leverage and earnings and therefore its credit rating remains unchanged, Fitch Ratings said in a report.

“Genting’s leverage will be higher than our previous expectations and the gaming tax in Singapore will increase in 2022 by about 3 percent,” it said. “However, Fitch believes that Genting has the liquidity, leverage and free cash flow capacity to fund the development within its current rating.”

The firm said the opening of Resorts World Las Vegas in late 2020 will help the company to return its leverage to about 1.0x, which is commensurate with its A- rating.

In return for its investment in Singapore, Genting and rival operator Marina Bay Sands, will be able to increase their floor space and add more gaming machines. They have also had their license exclusivity extended until 2030. However, the downside comes with higher taxes from 2022 and an immediate hike in casino entrance fees.

“Foreigners comprise a larger share of GENS’s gaming revenue, and Fitch estimates that once in effect, the casino tax and casino entry levy will reduce GENS’s EBITDA by around 5 percent,” it said. “However, we expect the incremental revenue from the Singapore development to roughly offset the higher tax structure and the higher entrance fees planned for Singaporeans and permanent residents.”

Fitch said that on the up side, Genting is likely to benefit as the new amenities draw visitors to Singapore, which had been suffering in recent years from rising regional competition.

“We have not factored in any additional investment with respect to GENS’s intent to bid for the integrated-resort project in Japan in our forecast amid the uncertainty over whether the project will go ahead,” it said.

“Any additional multibillion-dollar investments will likely delay Genting’s deleveraging trajectory, and may constrain its ability to deleverage to below 1.0x, the level at which Fitch would consider negative rating action.”