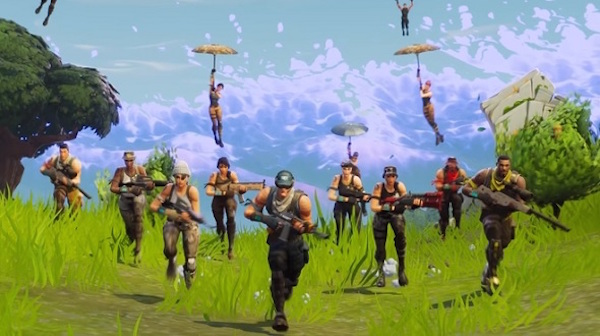 Online gaming companies may have better luck in attracting millennials if they develop the right products, though research shows that casinos may struggle to target this key demographic.

However, there is a belief that millennials are becoming more selective about where and how they spend their money, with gambling, more often than not, left off the priorities list.

In a Millennial Entertainment Preferences Study, released in 2016 by the Stockton University, U.S.-based millennials reported spending only 8.5 percent of their total “going out” budget on gambling.

This is in stark contrast when compared to non-millennials, which spent around 23.5 percent of their budget on games of chance. Instead, millennials reported a large portion of their entertainment budget spent on casual dining, bars & lounges, happy hours, beaches, and concerts.

A similar trend can be seen in Asia, with millennials spending as much as 30 percent of their income on experiential lifestyle activities, such as travel, shopping and “casual, fast dining”.

Some experts believe that the problem lies in game design. There has been a notion that the majority of slot games available today are no longer appealing to the young generations, who crave the social reinforcement and attention that only skill-based and casual real money games provide.

“Simply put, there is a lack of engaging products,” says Michal Palecek, CEO of Chopsticks in the Apps. Chopsticks is a developer of skill-based mobile games targeted at millennials.

“Back in the day, slot machines had a wow factor, but with such abundance of free video games and smartphone slot games, we don’t believe that traditional slot games are interesting for young players anymore. It’s not the end of days for slot machines, but I believe casino content will change,” he said.

However, there have also been notions that millennials, above all, crave experiences. Gambling in casinos is no longer seen as a way to build wealth, but is a chance to show off their skill and luck to their friends.

This could be why nightclubs and dining experiences appear to be gaining strength in Asia.

In 2016, Studio City brought the world-renowned Pacha Club to its resort, while Galaxy reopened a revamped China Rouge that same year.

Last month, Marina Bay Sands announced it would open the famed Marquee nightclub in Singapore in 2019. It is set to the be one of the biggest clubbing venues in Singapore.

Meanwhile, Macau’s casino operators have working hard to support the city’s pledge to become a UNESCO Creative City of Gastronomy.

In July, Melco Resorts & Entertainment announced that its Culinary Team has been invited to represent Macau in the IKA/ Culinary Olympics 2020, the largest “by invitation only” international professional competition for chefs, cooks and pastry chefs to be held in Stuttgart, Germany.

MGM Resorts, operator of MGM Cotai announced it is the only resort hotel in the world with two of the world’s top 10 chefs from ‘World’s 50 Best Restaurants 2018’. The two world-renowned chefs helm two celebrity chef restaurants at MGM Cotai, Grill 58 by Chef Colagreco and Aji by Chef Tsumura.

It’s a trend that appears to have progressed further in Las Vegas, which reports around three-quarters of its revenue coming from non-gaming, such as hotels, dining, day clubs and convention facilities.

However, experts also are of the belief that the wide availability of on-demand entertainment has been keeping many young people out of casinos.

In a BMM Testlabs report titled “Think you’re catching up with millennials? You’re already late to the Generation Z party,” the study found that the average Gen Z spends more than five hours online on a daily basis.

Last year, on-demand TV and movie streaming service, NETFLIX, reported revenue of approximately $11.7 billion, up from $8.8 billion the year before.

Around 140 million hours of content was consumed per day, according to the streaming giant. A few months ago, internet giant Google re-released its YouTube Premium service, offering ad-free browsing of YouTube videos and its own original content as part of the subscription service, which is seemingly targeted at the video-on-demand (VOD) market.

On the gaming front, battle-royale style shooter Fortnite, now regarded as the most popular video game in the world, has been making headlines after passing the $1 billion revenue milestone, thanks to its popularity amongst young gamers and in-app purchases. As of June 2018, the game has boasted 125 million users worldwide.

SuperData estimates Battle Royale style video games such as Fortnite, PUBG and others to make a combined $20.1 billion in revenue by 2019, about 12 times more than they made in 2017.

The recent FIFA World Cup Russia 2018 highlighted how popular online gambling has become. According to Statista, the online gambling market is expected to reach a market size of $59.8 billion by 2020, up from 47.1 billion in 2017.

With the marrying of esports and online betting by companies such as Seattle-based Unikrn, which runs an esports wagering service, entertainment and gambling options for millennials seems to further head towards online. Land-based casinos may need more creative thinking to draw in the next generation of gamers.