Four workers from Mainland China threatened to jump from a building under construction as part of Galaxy Entertainment’s Phase 3 & 4 expansion project due to a labour dispute. The Fire Department persuaded the workers to descend and no one was hurt in the incident. 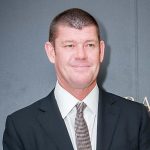 Australia - March 24, 2021
Billionaire James Packer plans to abide by the decision of Crown Resorts' board on whether to accept an A$8 billion ($6.2 billion) bid from Blackstone Group, reinforcing the company's negotiating stance. 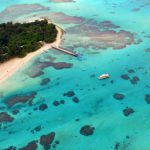 IPI ordered to pay US$3 million to Pacific Rim

Pacific Islands - March 26, 2021
US District Court for the NMI Chief Judge Ramona Manglona has ordered Imperial Pacific International to pay over US$3 million to Pacific Rim Land Development, no later than March 30. for attorney’s fees and costs.