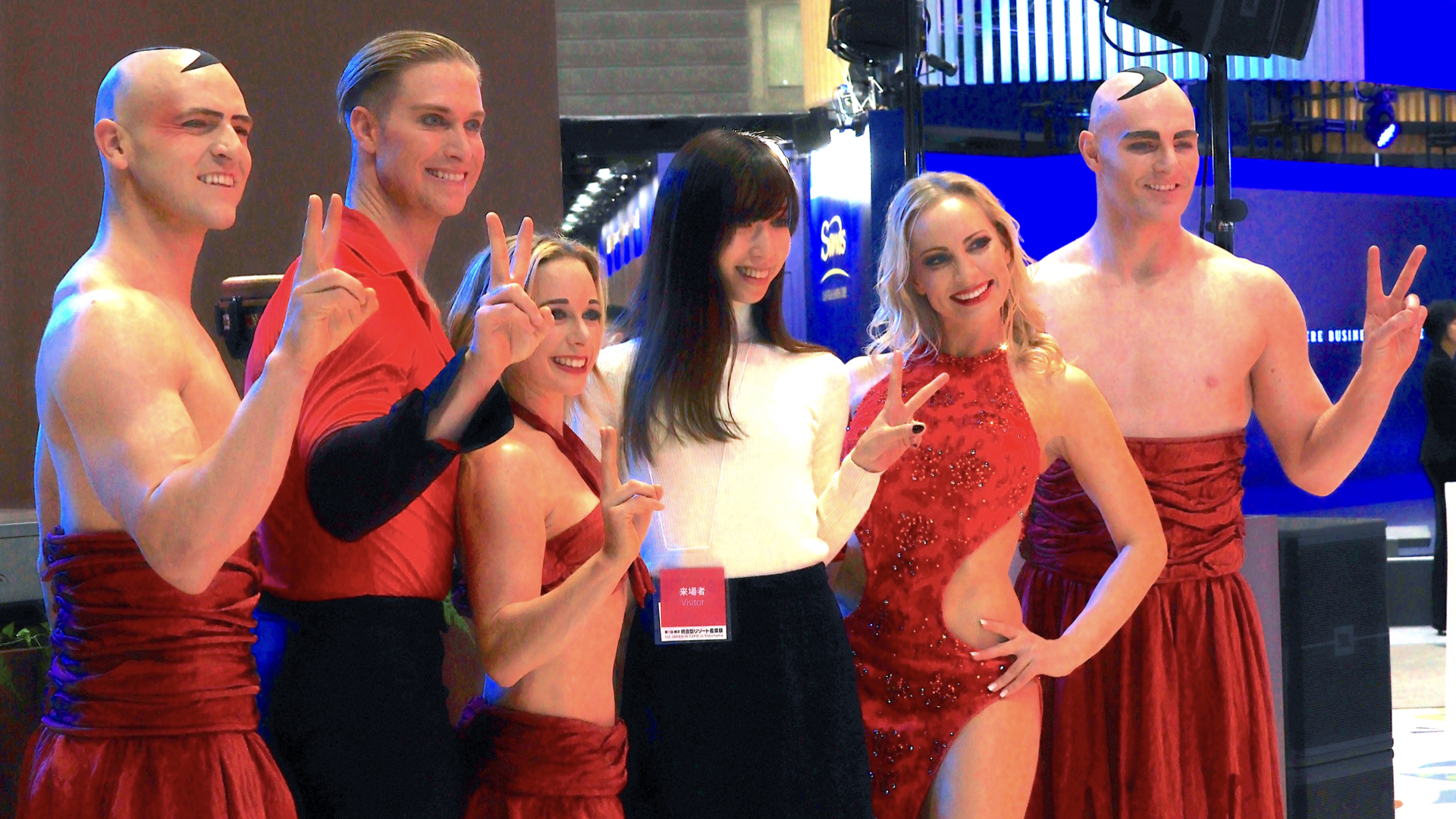 The long-awaited First Japan IR Expo in Yokohama appeared to be a considerable success on its first of two days, as six major IR operators made their presence felt, and most of the lectures were standing room only affairs.

The six operators elbowing for favor and attention were Galaxy, Genting Singapore, Las Vegas Sands, Melco, Sega Sammy, and Wynn. Most of these operators had their top Japan-based executives on hand as speakers and greeters, and all of them established large and attractive displays in the exhibition space.

In addition to the operators, there were also a couple dozen other firms participating in the exhibition, including those related to technology, security, entertainment, publishing, and other fields.

Despite the current controversy surrounding the scandal-hit Japan IR project in general, and its unpopularity in Yokohama in particular, the enthusiasm of the business community was palpable, with expensive product presentations made available and business networking proceeding at every table.

However, outside the venue about forty protesters from local citizen groups also gathered, holding banners and signs, and receiving interviews from the local television media.

Also, Yokohama Vice-Mayor Toshihide Hirahara’s speech at the expo was briefly interrupted by a protestor.