Organizers have announced that the “First Hokkaido IR Showcase” will be held in Sapporo city on November 30 and December 1 of this year, including participation from all three mayors of the municipalities who are currently angling for the support of the prefectural government in making IR bids.

The purpose of the showcase is to bring into direct communication the local governments, business and tourist associations, international IR operators, and the general public.

Participating companies will be afforded the opportunity to communicate their achievements and various tourist associations in Hokkaido will promote their local areas.

The first day will be devoted to business-to-business activities and the second day will be the public day.

A similar event was held in Osaka in late April, but this is the first significant IR event to be held in Japan’s northern island of Hokkaido.

The Hokkaido Prefectural Government has yet to commit to support an IR bid from any of the interested municipalities. 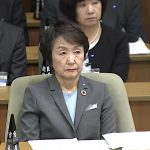 Japan - January 11, 2021
We are coming off a very difficult week in which one of the world’s primary temples of democracy, the US Capitol Building, was stormed by an angry mob, leaving five people dead and much of the world shaken. Does this pose any special concerns for the Asian gaming industry?