The Philippines’ Department of Finance supports the creation of two hubs to house Philippine Offshore Gaming Operators, despite misgivings from Beijing that the plan may violate the rights of its workers in the sector, local media reports.

The aim of the hubs is to make it easier for the Philippine Amusement and Gaming Corp. to monitor the sector and ensure regulatory compliance.

Finance Secretary Carlos Dominguez 3rd told the Manila Times it  would “easier to collect [taxes from them] because they are all in one place.”

The Bureau of Internal Revenue (BIR) has a target to collect P2 billion a month from the withholding taxes of POGO workers. With this amount, taxes to be collected from the industry would hit P24 billion a year, the newspaper said.

Dominguez said the government would continue to collect taxes from Chinese workers in the POGO sector, even if China declared that all online gambling firms employing its citizens were illegal.

Beijing last week issued a statement warning it was illegal for its citizens to gamble overseas and for firms to target Mainland Chinese with online gambling products. It warned it would crackdown on illegal cross border gambling and urged Manila to protect the rights of its workers in the Philippines.

Concern has been mounting the rising number of Chinese workers in online gambling firms, with many of them entering the country on tourist visas and not paying the correct taxes.

May 7, 2020
Grand Korea Leisure, which suspended operations of its casinos on March 24, has now reopened for business. While Kangwon Land recently delayed its reopening to... 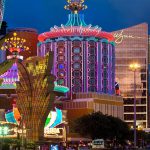 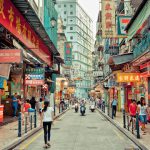