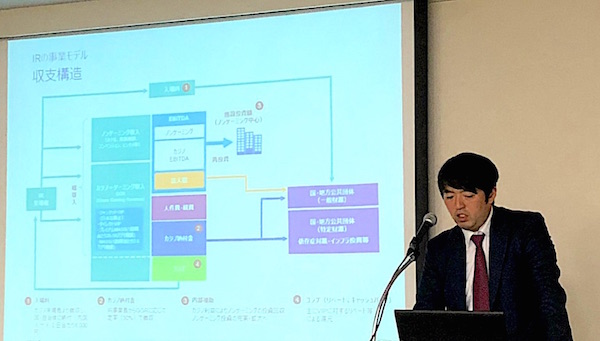 Many observers have been playing the popular guessing game about when the first Japanese IRs will be open for business, but Kentaro Maruta, who served as one of the eight members of the central government’s Experts’ Committee, speaks with more authority than most: He sees them opening at the end of 2024 or in 2025.

Speaking on Monday in Chiba to an audience of several dozen local politicians and businesspeople at a meeting of the Association to Consider MICE and IR in the Makuhari New City Center, Maruta laid out his own estimate of the schedule to come.

He expects the Casino Management Committee will be launched in July 2019, local governments will select consortium partners in the summer of 2020, and that the three IRs will be licensed in the summer of 2021. On this basis, he speculates that construction will be completed several years after that—by around 2025.

In his lecture, Maruta emphasized the importance of gaining understanding from host communities and their political representatives.

Maruta is a partner at KPMG Tokyo.

Japan - January 20, 2021
Local police swept up thirty employees and customers in a raid on an illegal baccarat room in Osaka, Japan.

Japan - January 22, 2021
Yokohama city has launched its RFP process to build a major urban IR at the Yamashita Pier candidate site. The timeline calls for the operator partner to be selected in the summer and the agreement finalized in the autumn.