Dota 2, a multiplayer online battle arena (MOBA) has been identified as the most lucrative game in China, with nearly $70 million in prize money won as of March 2021. 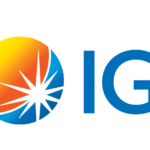