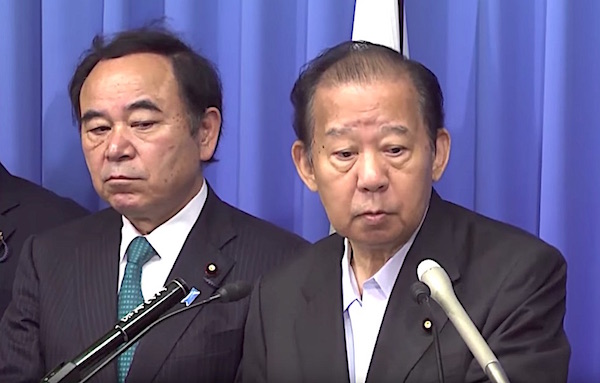 Anticipating a tough fight ahead with the opposition parties over the IR Implementation Bill, the ruling Liberal Democratic Party opted for a 32-day extension of the Ordinary Diet Session to July 22.

Liberal Democratic Party Secretary-General Toshihiro Nikai explained, “We want to persevere with all our power to create results that the people will find to be convincing.”

This is the first time since 2015 that the Ordinary Diet Session has been extended, and passage the IR Bill is cited as the main reason for the decision.

The ruling party is said to be feeling more confident in wake of a series of public opinion polls showing a recovery in the Cabinet’s support rating.

Although the opposition tactics did lead to a five-day delay in passage of the bill through the House of Representatives, Yamaguchi may have been particularly annoyed at the fierce criticism of his own party’s only minister in the Cabinet—Minister of Land, Infrastructure, Transport and Tourism Keiichi Ishii—whom the opposition publicly described as lacking capability for his job.

The next legislative step will be the opening of the debate in the House of Councillors. Passage through that body will make the IR Implementation Bill into law.