The meeting took place on Wednesday last week with the concessionaires’ security departments.

The head of the region’s Gaming Inspection and Coordination Bureau (DICJ), Paulo Martins Chan, said that the six concessionaires are continuing to adopt security measures, such as the installation of metal detectors in arches of casino entrances, and until their completion portable metal detectors would be used.

The director of the city’s Judiciary Police stated that, although the risk of attack is low in Macau, increased preventative measures, such as the metal detectors, would help prevent potential crimes. The official also recommended creating an operational safety team equipped with protective gear to act as first responders, without needing to wait for the arrival of the police, and so limit potential injuries or casualties.

In addition, the police chief suggested simulation trainings of an attack on casinos, together with the DICJ and the six gaming operators, to test the communication mechanisms and equipment involved. The suggestions were accepted by the operators, with further details to be discussed with the police force as quickly as possible. 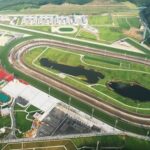 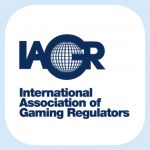