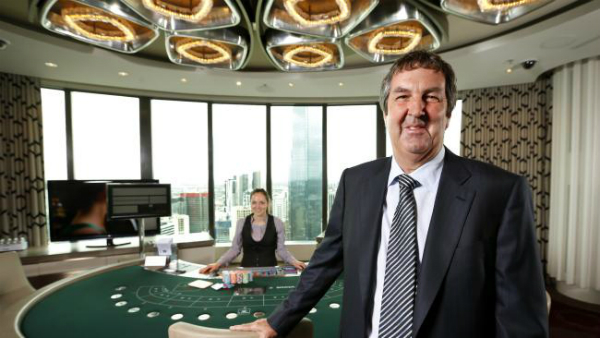 Australia-listed Crown Resorts on Thursday announced the departure of its chief executive after more than 20 years with the group.

Instead of sourcing a replacement, Crown said his responsibilities will be absorbed by its executive chairman, John Alexander.

“Given the recent decision to reduce Crown’s investment in Melco Crown Entertainment Ltd and to discontinue the proposed Las Vegas project, the Board has decided that following the cessation of Mr. Craigie’s employment, a simplified organization structure reflecting the changed focus of Crown’s business should be adopted.”

It was previously speculated by Australian news outlets that Australian Resorts CEO Barry Felstead would be offered the position.

“Obviously there is an efficiency drive underway and you will see the quantum of that when we report our next results … our aim is to make our business as efficient as possible,’’ said chairman John Alexander to The Australian.

The news outlet adds that it is understood the company will cut hundreds of jobs from its workforce over the coming months.

In a separate filing, the integrated resort operator posted normalized net profit of A$191.3 million  (US$147.9 million) in the first half of the fiscal year 2017, down 9.1 percent year-on-year.

The operator said it gained A$176.3 million in significant items, largely due to the net gain on sale of shares in Melco Crown Entertainment earlier in the month.

Crown’s Australian resorts revenue was A$1.5 billion, down 12.5 percent in the half-year, caused mainly by a significant drop in VIP turnover, which fell 45.3 percent to A$19.6 billion.

Chairman John Alexander said it was freezing its Chinese business unit until it gets a better idea on the scope of the Chinese crackdown.

“Frankly we look at that as a pause rather than a retreat,” he said, quoted by The Australian. “We are waiting for clarity on China and the details behind that, but no intention to retreat from where we stand in the market.”

Main floor gaming revenue dropped 0.8 percent to A$853.9 million, while non-gaming revenue rose slightly to A$366 million in FY17H1.

Crownbet, the company’s online betting business, reported a 39.8 percent growth in revenue to A$153.7 million in the half year.

The operator also announced it would not be going ahead with its previously proposed REIT IPO as a consequence of its MCE sell down.

The operator was previously looking to IPO of a 49 percent interest in some of its Australian hotels and associated retail property.