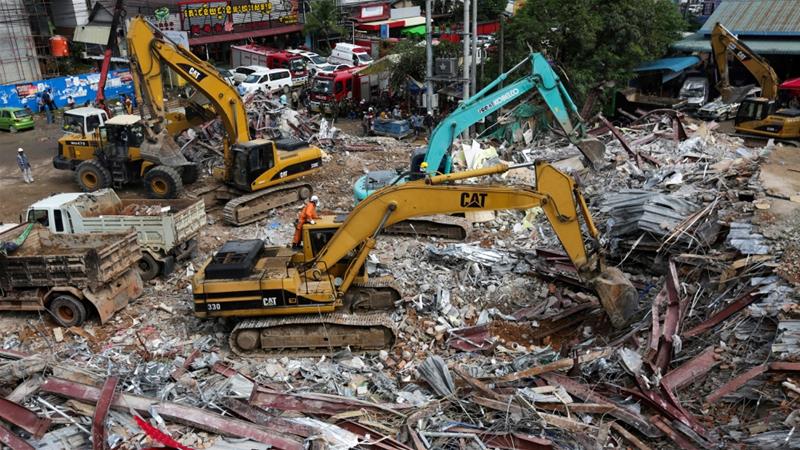 The Cambodian government is cracking down on illegal construction projects in the Preah Sihanouk province, after a fatal building collapse over the weekend that left 28 dead, local media reports.

According to Cambodia’s Interior Minister Sar Kheng on Wednesday, a new committee has been tased to inspect construction permits in the region.

“I received a preliminary report from [Minister of Land Management, Urban Planning, and Construction] Chea Sophara which said there are five illegal buildings [in Sihanoukville] currently under construction,” he said.

The weekend building collapse led to the sacking of Nhim Vannda from his post as senior minister and first vice-chairman of the Committee for Natural Disaster Management, along with the resignation of Preah Sihanouk provincial governor Yun Min.

Seven people, including five Chinese nationals, were charged with involuntary manslaughter and conspiracy in connection with the Chinese-owned building in Sihanoukville.

Sihanoukville has become synonymous with Chinese investment over the last few years, with investment flowing into casinos, hotels and real estate in the province.

Last month, authorities from Sihanoukville closed a Chinese-owned casino, which was accused of polluting an adjacent beach and failure to cease operations.

The latest crackdown on construction permits could slow the speed of Chinese-led construction in the sleepy coastal town.