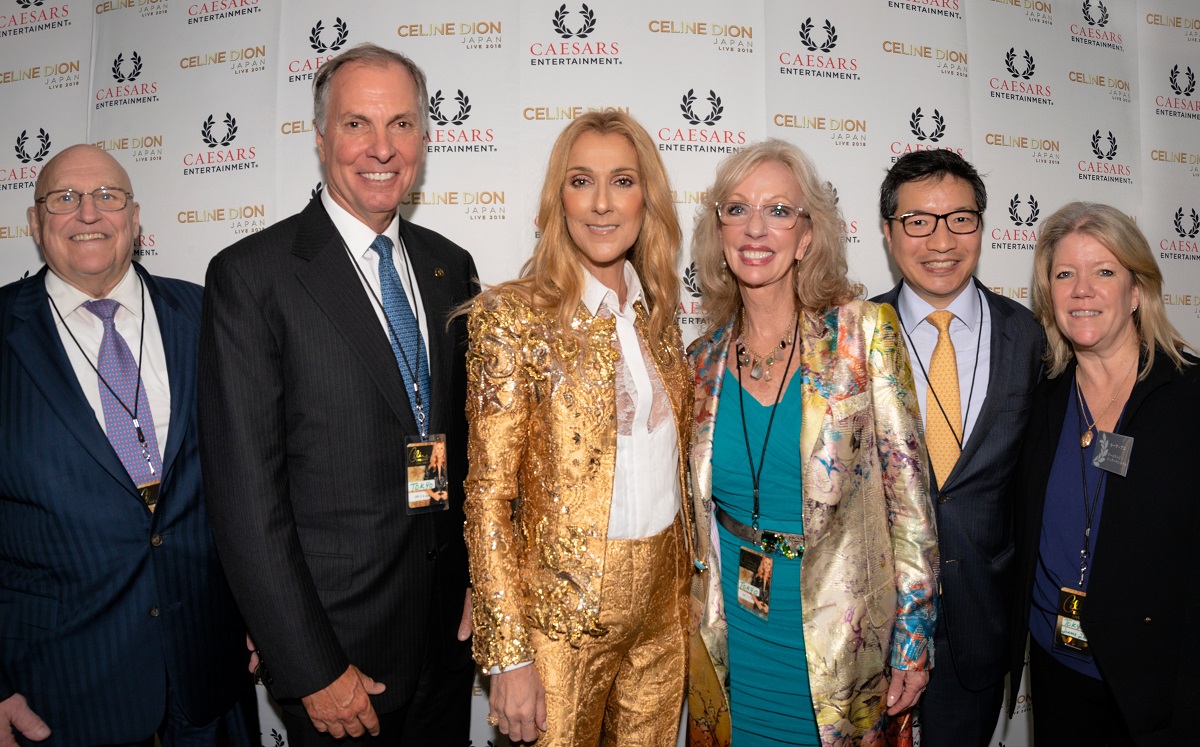 Canadian pop singer Celine Dion performed a sold out, two-hour show in Tokyo on June 26, her first appearance in Japan in about a dozen years, as part of Caesars Entertainment’s campaign to win one of the three IR licenses that will be up for grabs after the expected passage of the IR Implementation Bill next month.

“Live Entertainment has been key to our success as the preeminent Integrated Resort operator,” said Mark Frissora, president and CEO of Caesars in a press release, “With the IR legislation reaching its final stages, we hope this concert demonstrates our commitment to developing meaningful partnerships in Japan.”

Steven Tight, Caesars’ president of international development, was quoted along the same lines: “Shows like this take place at Caesars Entertainment Integrated Resorts every day, so I hope this concert gave the audience a real taste of the type of entertainment you can expect at a Japanese Entertainment Resort.”

Also notable was the appearance at the event of former US Deputy Secretary of State Richard Armitage, who stands at the summit of the so-called US-Japan alliance manager community, and who remains a heavyweight the bilateral relationship. Kara Bue, who was also present, is both an Armitage International founding partner as well a member of the Japan Advisory Committee that Caesars unveiled at the beginning of this year.