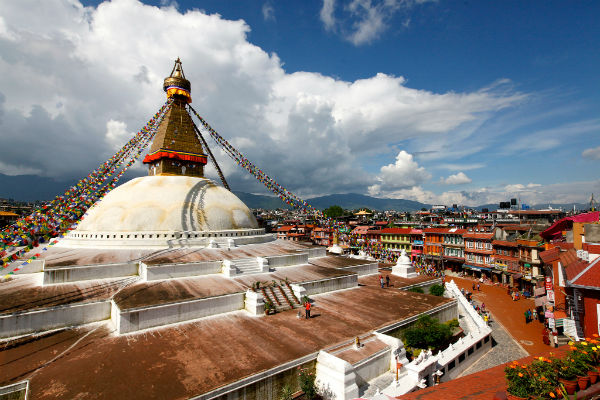 Nepal is facing another overhaul of its casino legislation, just five years after new rules were put into place, though some consultants say if the country really wants to attract more foreign investment it needs to cut regulatory red tape.

The Ministry of Tourism has requested approval from the Council of Ministers for a new casino act. The MoT, which regulates the casino sector, says an act may help plug loopholes in the current rules.

“The sector so far has been governed by Casino Regulations of 2013. We felt that we needed an Act to regulate the sector,” ministry spokesman Sharma Dhakal said. After securing approval from the Council of Ministers, the ministry will work with Ministry of Law to formulate the draft, he said.

The Casino Bill will again have to be approved by the Council of Ministers before submission to the Parliament for discussion and voting. The parliament is currently holding its summer session. Once voted by the house, it will become law after a presidential seal.

The changes are designed in part to close down companies if they have not paid their dues. Three casinos and two mini-casinos have been operating under an interim order from the Supreme Court and owe the government millions of rupees in royalties and license fees.

These properties were given three days to clear their debts three months ago by the Department of Tourism.

The 2013 Casino Regulations were welcomed by foreign investors as they provided a clearer legal framework, bringing Nepal a step closer to international standards. However, gaming rules aside, any entrants to the country have faced considerable hurdles to doing business.

The new communist government, formed in February after winning elections, has pledged greater efficiency. Unveiling a $12.18 billion annual budget on May 29, the country’s Finance Minister, Yubaraj Khatiwada, promised to ease registration and other processes for foreign investors in Nepal.

“All procedures from business registration to repeal will be made predictable, simple and transparent. It will be based on information technology,” he told the parliament. “Nepal will be developed as an international investment destination. We will encourage foreign investment in Nepal so that it complements our national capital formation.”

He said the government will facilitate procedures to register companies by setting up “one-stop services with specific timelines.”

Experience to date for foreign investors entering the casino sector has shown the path is far from smooth. One issue in particular has been the problem of visas for skilled employees, with the government keen to ensure employment opportunities for locals.

Australia-listed Silver Heritage Group, which opened its Tiger Palace Resort in Bhairahawa earlier this year, faced problems soon after its launch. The company terminated its local partner Rajendra Bajgain after he accused it of illegally hiring foreign workers. A few days later, officials from the Inland Revenue Department visited the resort on reports it was selling alcohol without a license.

Mike Bolsover, CEO of Silver Heritage Group, was unperturbed by the incidents. He told AGB that they had already acquired one excise license to sell alcohol, but secured another after the officials’ insistence.

“The new government under Mr. K.P. Sharma Oli has pledged to improve and we are a great catalyst for FDI and Nepal’s tourism sector,” said Bolsover whose company plans to open a second integrated resort in southeast Nepal town of Dhulabari to target customers across the border in Indian state of West Bengal.

“Developing and frontier markets have many similar challenges. There’s always a need for specialized labor, mostly from overseas. There’s always a plan to transfer skills to the host country,” Bolsover said, explaining that Nepal wasn’t alone in presenting bureaucratic hurdles.

Silver Heritage Group is not the only foreign company stymied by Nepal’s obdurate bureaucracy.

In January, Dangote Cement, a Nigeria-headquartered cement manufacturer, was denied a license to operate in Nepal, despite another government agency, the Investment Board Nepal’s approval.

Officials of Nepal’s Department of Mining and Geology said Dangote was disqualified due to a lack of skilled workers, but industry insiders said local manufacturers feared that they will lose their monopoly over the sector after the African behemoth’s entry.

Other multinational companies such as J Walter Thompson, an advertising company, and DHL, a courier service, have also faced problems.

“Whether there’s intent of really increasing FDI or is it only a lip service? I am asking this because increasing FDI means going against protecting domestic firms which is the basis of political funding for almost all parties in Nepal,” he told AGB. “So the government doesn’t want international companies to come because they will not legally fund political parties.”

Shankar Aryal, director general of Department of Industry, told AGB his office will install a electronic application system soon and is also planning to provide tax waivers  to the service industry.

Casino Royale at Yak and Yeti Hotel and Casino Rad at Hotel Radisson operate on the basis of an interim order from the Supreme Court.