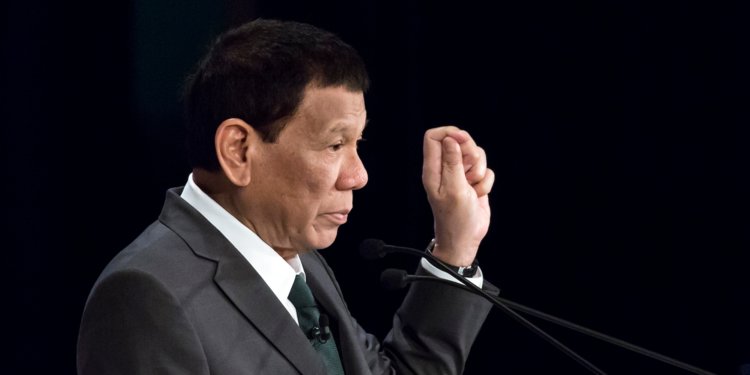 Casino-related kidnappings have surged over the last few years, many of which involve Chinese nationals.

“There are foreigners who come here to play their trade, lending money, and if the debtor cannot pay, they kidnap and sometimes they ask for a ransom,” he said. “And even with the delivery of the money … they just go ahead and kill the victim.

“You know, we’re good friends with everybody, but I will not hesitate, even to tell your ambassador ‘I killed your idiot citizen because he was f****ng… in my country… To me, you are just another carcass,” he said.

“Let us be very clear: You can come, you can play your trade, you can commit your crimes, but if I catch up with you, it is dead or alive. Preferably dead,” he said.

The president was speaking at a launch event for the Golden Topper Group, a property financing company.

In his speech, the president also reminded the company’s executives not to let their buildings became a haven for criminality and illegal drug activities.

“Your buildings should never serve as a haven for undocumented foreign workers nor for the manufacture of illegal drugs,” he said.

He also encouraged the executives to whistleblow on any government officials or personnel that approach them for bribes.

“The only reason why there is a lot of corruption in the Philippines is because we are not assertive,” Mr. Duterte said.