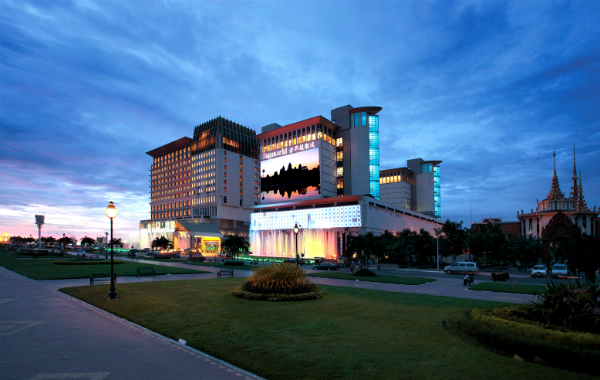 Tax revenue collected from Cambodia’s casinos jumped by about 40 percent in 2016 helped by increasing volumes, government efforts to improve tax collection and an accord with the country’s biggest operator NagaCorp.

Ros Phearun, a deputy director-general of the Finance Ministry’s financial industry department, was cited by local media as saying that the government and NagaWorld had agreed on additional payments for non-gaming activities. This led to a big increase in tax revenue from the industry.

“Now, we have got more from NagaWorld since they complied with our requirement to pay on non-gaming revenue,” he said.

NagaWorld last year also increased its payments of the monthly gaming obligations to the Ministry of Economy and Finance (MOEF), paying $410,987 last year compared with $365,322 in 2015.

Phearun also noted online gaming, which the government has allowed, is also on the rise. “We also notice an increase in revenue from online gaming because the casino now can offer it to customers outside the country,” he said, without providing figures.

The operator said it saw strong performance in its VIP segment, with VIP rollings up 11 percent to $8.7 billion.The growth was attributed to its revised overseas junket incentive program which was introduced in January 2016.

However, elsewhere fortunes were more mixed. Australia-listed Donaco International’s Star Vegas property in Poipet saw its H1 revenue drop almost 16 percent as the death of Thailand’s king affected border traffic. Going forward, the country’s border casinos are also expected to feel the impact of Vietnam’s decision to allow locals to gamble in a couple of properties on a three-year trial basis.

At the end of last year, 77 casino licenses were held in Cambodia, 65 of which were in operation.