Caesars Entertainment, which has been looking to expand in Asia, says it is considering bids in the major Japanese markets as well as opportunities in smaller regions.

“Caesars is committed to pursuing this market aggressively. We think there will be opportunities for very successful integrated resorts.” said Steven Tight, the President of International Development for Caesars Entertainment, in an exclusive interview with Asia Gaming Brief in Tokyo on Tuesday.

With much of the industry media coverage turning bearish on Japan as news of the government’s strict policies of limitations on casinos have become known, Caesars confirms that it remains undaunted.

“I think there’s strong evidence that this market will be extremely successful,” states Tight, “and I think that when you look at the analysts’ studies of the size of that market, it puts it probably the second-largest in the world behind Macau.”

The fundamentals of potential market size and the Asian affinity for gambling mean that Japanese IRs, once established, would likely be successful.

It is true, Tight suggests, that the scope and strictness of Japanese government regulation will affect the amounts of money that international operators will be willing to invest: “It’s too early, I think, for anyone to predict how much they would invest when we don’t even know the guidelines for the regulations. How they decide to control their concerns about harm minimization will certainly impact the supportable investment on the project.”

Tight says that he is very sympathetic to the Japanese government’s desire to protect its citizens from the negative aspects of hosting casinos, but he also encourages the policymakers to stick with “scientifically-proven” anti-addiction measures, which would not include the limited times and high fees for entry that the Japanese government is including in its current plans.

The company, as yet, has no operations in Asia. It has a license to build an IR in Incheon in Korea and recently said it was moving ahead with the $700 million project.

To view a video of the complete twenty-minute interview, please click the link here. 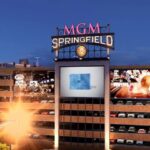 Macau - February 11, 2021
MGM Resorts announced its fourth quarter and full year financial results this morning, commenting that it was the firm’s operations in various regional markets in the United States that were recovering most quickly from the pandemic era. 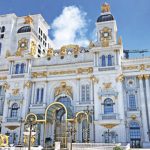 Pacific Islands - February 17, 2021
CNMI senators Paul A. Manglona and Edith E. DeLeon Guerrero have introduced a bill that would authorize the Commonwealth Casino Commission to issue a second casino license in Saipan.