During a meeting of the local legislative assembly, local deputies in Buryatia proposed to create the gambling zone in Baikal Haven, which lies on the eastern shore of Lake Baikal, near the northern border of Mongolia.

They intend to then submit the initiative to local authorities and, if approved, send it to federal officials for their final say.

It has so far gained mostly positive reviews, with increased police presence and limits on casino chip purchases being suggested as ways to prevent possible gambling harm among local residents.

Head of Baikal Haven, Alexei Togoshiev said out of the 3,622 hectares occupied by the special economic zone, only 20 hectares can be allocated for the gambling zone.

Such a zone, if implemented, will help provide gambling opportunities and fill the regional coffers with gambling taxes and help overcome the so-called winter factor – an outflow of tourists during winter as a result of the harsh temperatures.

According to preliminary estimates, such a zone would be able to bring in some RUB 300 million (US$4.5 million dollars) a year.

Previous attempts of other regions to build a gambling zone outside the designated six areas of Russia have so far failed to materialize.

In other news, South Korean company Ramid Hotels & Resorts continues to express its interest in the Primorye gambling zone, with its plans to build a golf course and a casino there.  According to the official statement of the Primorye Development Corporation, a memorandum of understanding in this regard is being prepared.

The company, which owns several hotels and golf parks in South Korea, was among the group of South Korean investors who expressed their interest in the zone in June 2018. 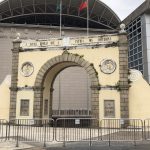 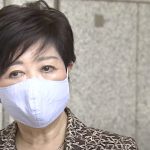