New Zealand’s fledgling gaming industry is pushing a plan for government assistance to help it become a billion dollar export earner in the worldwide gaming industry currently worth $258 billion.

A report on the state of the industry released yesterday has won initial support from government ministers who like the growth model and the goals the industry is promoting.

The report prepared by the New Zealand Game Developers Association wants to expand exports from $143 million in 2018 to a billion dollars by 2024.

The gaming industry is seeking to copy the success of New Zealand’s film and music industries which have government and industry partnerships to steer growth in an industry and development funds for research and innovation.

“The past six years have seen the (New Zealand gaming) sector grow by 39 percent annually to become a $143m industry, with a number of companies already shining,” Economic Development Minister Phil Twyford said.

Twyford said along with the predicted economic gains, this sector’s low emissions, export-heavy and scalability “fits the profile” of an industry this country needs to build a productive, sustainable and inclusive economy.

Globally, the sector is valued at $258 billion, with more than 2.3 billion people estimated to have played a digital game in 2018 alone.

New Zealand’s gaming sector is already claiming success on the world stage. For example, a game called NinjaKiwi was the fourth-most downloaded paid game on the Apple App store in 2018.

In 2018 the Chinese internet giant Tencent bought an 80 percent stake in Auckland’s Grinding Gear Games for more than $100m. The studio’s sole game, Path of Exile, has amassed more than 30 million players worldwide, 14 million of whom were based in China in 2016. 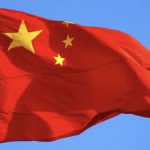