Philippines-listed Bloomberry Resorts Corp posted an all-time record in gross gaming and non-gaming revenues as well as EBITDA for the first nine months of 2016, helped by cost controls and a jump in Q3 VIP revenue.

According to the company’s filing to the Philippine Stock Exchange on Monday, gross gaming revenues grew 14 percent to a record P28 billion (US$568.8 million) in the nine months ended September 30, 2016, while non-gaming revenue grew 24 percent to P1.7 billion.

Net profit for the period was P1.6 billion, a significant upswing from a P1.5 billion net loss in the previous year.

“Our one mindedness to manage costs and capital will see us maintaining this growth trajectory up to the end of the year,” said Bloomberry chairman and CEO, Enrique K. Razon Jr.

“We are confident that the effects of these initiatives will carry on into the coming year, but we will nonetheless continue to be discerning and persevere in making Solaire the premium go-to Philippine destination.”

For the third quarter of 2016, the operator reported a net profit of P1.4 billion, up from a net loss of P187.4 million in the prior year period.

“The quarter-on-quarter [net profit] improvement can mainly be attributed to the swing to profitability of the company’s Korean operations due to foreign exchange gains from a P252 million net loss last quarter to a P74 million net profit in third quarter 2016,” said the firm in its filing. Revenue for the quarter was P7.6 billion, up 11 percent year-on-year.

The operator said it also saw the best ever quarterly VIP volume in 16Q3, with mass table drop and EGM coin-in for Solaire up 61 percent, ten percent and 16 percent year-on-year, respectively.

The company is the owner and operator of the Solaire Resort & Casino and Jeju Sun Hotel & Casino.

Earlier this year, Bloomberry announced it had signed an agreement of the sale of its Jeju resort to junket operator Iao Kun Group Holding Company Ltd.

In its latest filing, Bloomberry said “Iao Kun failed to raise the funding necessary to consummate the sale of Jeju Sun,” and as of September 30, 2016, “it has rejected Iao Kun’s request to extend the closing and payment date of the transaction.”

Bloomberry says it is exploring legal options again Iao Kun for its failure to close the detail, and has decided to again operate the Jeju Sun while the sale is pending. 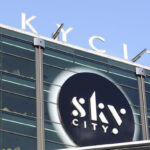