Speaking on a panel on Future Trends in Game Design at the ASEAN Gaming Summit, panelists said that while technologies such as skill-based products and virtual reality may have a future on the casino floor, this is a longer term horizon. In the shorter term, classic games with tweaks are still working.

Chris Rowe, sales and business development director, Asia Pacific for Aristocrat said “people can play games in their living rooms, so we have to create an experience that will make them get off their couch.”  He added according to recent feedback, that trend seems to be “bigger and brighter” to give clients a more immersive experience.

Ken Jolly, VP and managing director for Asia, concurred that the trend is towards bigger and alternatively shaped screens, such as J-shapes and also towards elements with a more social aspect, which tend to appeal to a younger generation. As a result he said there is likely to be greater focus on communal platforms and designs with a more horizontal rather than vertical element.

Although most of the suppliers are keeping an eye on cutting-edge technologies, the consensus on the panel, was that there may be a niche place for them on the floor, but full-scale adoption is still a long way off.

“We have seen some early attempts at skill-based gaming across those jurisdictions where it is regulated… All indications at least as our research shows is that the initial performance is very mixed,” said Rowe. “It’s something we have an eye on but we are very mindful of our core competencies in those things that our customers are asking us for and I think it’s very important to keep our focus on what our customers need today for their daily business with an eye on that movement.”

Jolly added Scientific Games is adding some skill games, such as a space invader. “It is a small segment, but obviously if it is successful we will continue to grow and see where we will go, it’s not going to be centre floor in the next five minutes.”

Joji Kokuryo, senior compliance & operations manager at Aruze said there is interest in skill-based games and in Asia there are people who want to give it a try, but I don’t think it’s a priority.

In terms of geographic markets, Scientific Games said it is already studying potential game designs that may appeal to Japanese players, as the industry gears up to cater for what is expected to become Asia’s second-biggest gaming market.

Jolly said the company already has people on the ground looking at how pachislot and pachinko machines may be adapted.

He noted that the Japanese are well travelled and are likely to have some experience of gaming tables from other Asian businesses, so taking table games to the market is likely to be more challenging.

A license to operate in Japan, which passed framework legislation paving the way for casinos, is seen as the grand prize in the global gaming industry, due to its large and wealthy population who are expected to be allowed to gamble, coupled with a strong tourism market. However, industry experts acknowledge it will also present its own unique set of challeng 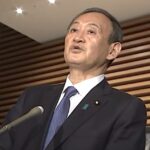