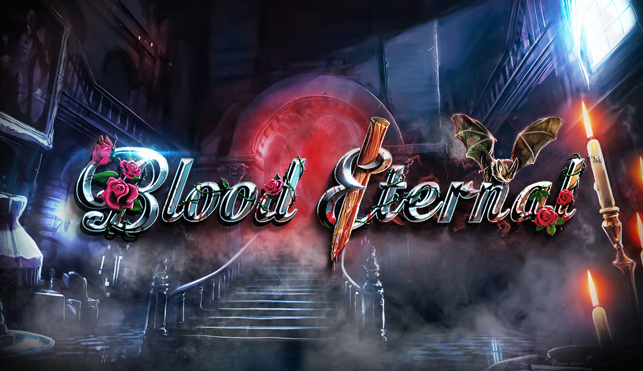 Betsoft Gaming have announced the latest addition to their Slots3 collection – BLOOD ETERNAL.

BLOOD ETERNAL takes a bite out of the Vampire genre, with clever in-game events fitting this seasonal release. Match like-coloured Vampires and their Victims to lock their symbols in a sweet, bloodlusted embrace, awarding a Free Spins Event, and a succession of Blood Spatter Wilds that spread from the bite with each free spin.

Matching both sets of Vampires and Victims during the same Free Spins event can result in up to 8 Wild Spatters being generated in a single spin.

Another notable feature is the Double Bats feature. These winged creatures of the night are high paying symbols, and can occur singly, or in pairs. The player can receive a significant payout by getting up to twelve Bats in a single spin.

“We are confident that players will fall in love at first bite with BLOOD ETERNAL,” said Dan Cooper, Betsoft’s head of product development. “This exciting game is poised to capture a lot of important markets where vampire stories are popular, and it is well known that vampire popularity has claimed a cherished place for many demographics, across many cultures.”

“We think the strong theme, coupled with the innovative bonus features, will make BLOOD ETERNAL a hit all year-round, but most especially during the Halloween season.”