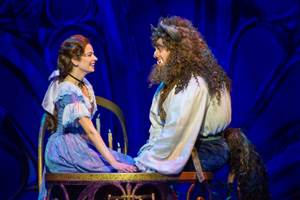 One of the longest-running and highest-grossing Broadway shows of all time, Disney’s Beauty and the Beast opened in Macao for its limited run at the Venetian Theatre.

The classic love story, starring Hilary Maiberger as Belle and Darick Pead as the Beast, tells the story of Belle and a young prince trapped by a spell in a beast’s body. The musical will play at The Venetian Theatre until July 26 as part of an international tour.

Sands China said in an announcement that the show is part of the company’s multi-tiered entertainment and reflects “the company’s dedication to catering to a broader customer base and further diversifying the entertainment on offer in Macao.”