The Battle Royale genre is expected to surpass annual revenue of $5 billion by 2020, according to gaming industry analyst DFC Intelligence.

Battle Royale is a video game genre typically pitting one player in a gigantic “free-for-all” match against countless others, with only one winner to be crowned at the end.

Industry experts believe the success of this genre has come from the high risk, high reward style of game-play and a combination of both skill and RNG mechanics.

Well-known titles in this space include Fortnite, Apex Legends and Player Unknown Battlegrounds (PUBG), but also includes the likes of Tetris 99 – which spins off the regular Tetris game into a “battle royale” game, available on Nintendo Switch.

AGB released an intelligence article last year about the phenomenon of battle royale games, and how suppliers have been trying to recreate its success and capture the millennial gamer. 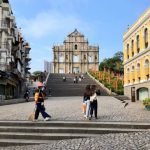